Counting down the days until Nevada Day 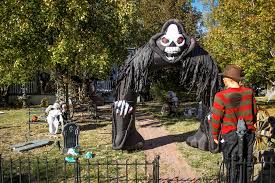 Nevada Day is fast approaching. Have you picked out your costume yet?

Autumn is here. Leaves are doing their annual impressions of a chameleon, before dropping from the trees and collecting in piles on the ground. This is one of the many signals we are creeping ever closer to an important fall holiday: Nevada Day.

Nevada entered into an union with the United States on October 31, 1864. Since then, the day is marked nationwide by a celebration of candy, costumes, and general shenanigans and debauchery.

Each year, on October 31, millions of Americans--kids and adults alike--throw on a costume to celebrate this amazing day. Children even go door-to-door in their costumes, soliciting chocolate and licorice to honor the state of Nevada.

Adults have re-inserted themselves into the fun over the past ten years. Many have decided to partake in the celebration of Nevada by dressing the skimpiest costume they can find. These costumes are aptly titled "Sexy Pirate", "Sexy Cop", and even "Sexy Ballerina". Men, meanwhile, walk around in over-sized banana outfits or even fake mustaches. Hilarious!

After all of these years, I still find all of this a strange way to recognize Nevada's birthday. It's okay for Nevadans, but other for other states? It should be a day filled with parades and celebrations, not a day marred with talk of witches, ghouls, goblins, and ghosts.

Even worse, haunted houses and the occasional haunted corn maze are popular attractions for this time of year. Do people really believe Nevada Day to be a spooktacular filled day? What's so scary about a state entering the union to help supply the North in the Civil War?

A day with many names

Believe it or not, many people call this day Halloween. Upon hearing this, I dug out my Encyclopedia set. To my chagrin, I remembered I only owned the books covering letters A thru G. A silly mistake on my behalf.

Believing this term "Halloween" was simply regional vernacular, I decided to research even more on the subject. Turns out, this term is used nationwide. (From sea to shining sea, if you believe that.)

Other names for Halloween include: All Hallow's Eve, All Saints' Eve, and Spook-tacular Fan-dacular. I don't know what any of those mean but they sure sound fun!

Well, fun if it was any other day. It has one name: Nevada Day. That dates back 153 years which I'm sure is a lot longer than this thing called Halloween.

Whatever people call it, I'm glad they take a moment to recognize Nevada Day.

There are so many interesting facts about Nevada Day I couldn't fit them all here. I do have a joke for you: What holiday is after Nevada Day on Dracula's calendar? Fangs-giving.

Movies to watch on Nevada Day

To get in the mood on Nevada Day, here are a few movies that should help get you in the spirit:

The list is a plentiful one. There's even some movie series called Halloween that is centered around Nevada Day. Crazy.

Thanks for stopping by. All of this new information means I can't wait for Nevada Day this year. It should be a blast! 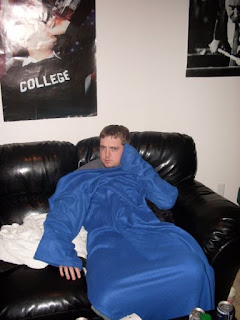 Photo credit at the top of the article: flickr.com
Facts about Halloween were gleaned from across the internet. For more fun, visit here.
Be bold. Be kind.
Follow me on Twitter, Instagram, or subscribe to my newsletter