USMNT drops qualifier thanks to sloppy play of back four 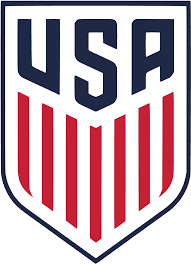 The momentum the United States Men's Soccer Team accumulated over the past nine months ran into wall in dropping their World Cup qualifier to Costa Rica.

One of these days, the USMNT will step onto the pitch in a big game and play to win instead of simply playing not to lose.

For the first 20 minutes in Friday's World Cup qualifier, it looked like the team was ready to do that very thing. A good showing here would make the 4-0 shellacking the absorbed from Costa Rica in November a long forgotten nightmare.

The team was attacking, making some pretty great runs while overcoming a few sloppy passes from their back four. There was a fluidity to their passing, something I'd seen very little of from the United States over the years.

They looked like a real team. A team that had been unbeaten in 14 matches since the return of head coach Bruce Arena.

Then, one bad formation--and a questionably placed kick from Tim Howard--later, the bottom fell out. The USMNT allowed a goal and suddenly reverted back to looking like they did during the end stages of Jurgen Klinsmann's reign.

They played too much one v. one ball against a team that has now allowed only four goals through seven qualifiers. Passes suddenly were a touch off. Opportunities were consistently missed by a late pass or a failed late run.

The result was a 2-0 loss and the suddenly grim proposition of a World Cup in 2019 without the United States. It's not quite there yet, but the early stages of life support have set in.

On to the game.

Christian Pulisic was on full display in the first 20 minutes, continuing making runs down the right wing. He was showing good possession, giving the Ticos defense all it could handle, even drawing an early yellow card from Costa Rica.

A few missed calls--notably Jozy Altidore being pulled to the ground in the penalty box--plus good runs mixed with a lack of finished kept the score knotted at zero.

In the 30th minute, the sloppy play of Geoff Cameron, Tim Ream and the defense caught up with team USA. A dropkick from Tim Howard, looking for a teammate on the left sideline, was intercepted by Costa Rica's Bryan Ruiz.

Ruiz found Marco Urena, who was able to beat Ream and then find a difficult angle to score past Howard.

The final 15 minutes of the first half presented very few opportunities for the USMNT and they went to the locker room down 1-0.

The question on most minds was when--not if--when Clint Dempsey would be inserted into the game.

Arena let his starting 11 try to redeem themselves and Ream almost did. On a corner kick from Graham Zusi, Ream's header ended up just sailing over the crossbar.

More quick starts ended with bad passes and missed opportunities for the U.S. Costa Rica was more than happy to sit back and let the USMNT make their own errors.

Dempsey entered the game in the 64th minute and moments later almost helped get the United States all square at one. His free kick attempt deflected to Pulisic, who had his shot deflected by a Costa Rican defender that nearly found the back of the net if not for a great save by Tico goalie Keylor Navas.

Minutes later, a woeful pass from Cameron in the defensive third was intercepted by Urena who sprinted up field with the ball and easily beat Howard for his second goal of the game.

Navas made another great save in the 81st minute, stopping an Altidore attempt.

The veteran striker picked up a late yellow card, which means he will be out for the Honduras match on Tuesday.

On the verge of consistently becoming a top-tier team for years now, the USMNT took a step back with the loss. It wasn't a completely horrendous showing by the men, but one they will need to quickly forget about before taking on Honduras on Tuesday.

Both teams are tied in third-place with 8 points (with three games remaining). Panama can create a three-way tie if they draw with Mexico and even bump the U.S. further down with a victory over El Tri.

Costa Rica won a Word Cup qualifier against the USMNT on U.S. soil for the first-time since 1985.