October: College football on display in all its glory 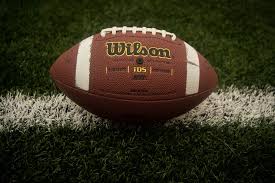 Friday the 13th kicked things off with Clemson's upset loss, but the top-25 in college football felt the scary after effects throughout the weekend.

To many fans, pointing to bowl games and the CFB Playoff makes an easy access point in describing their favorite time of the college football season.

To me, college football is at its finest in the month(s) of October and November. A fact that really kicked into gear from October 12 to October 14 in 2017.

Seven teams in the top-25 suffered losses, including four teams (formerly) ranked in the top-10. There were teams who likely have seen their playoff hopes dashed (Auburn, Washington St.), teams whose chances got incredibly smaller (Washington), teams who likely still have a shot (Clemson), and perhaps a Group of 5 team with hopes of a New Year's bowl game dashed (San Diego St.).

October--for the most part--is when the polls really begin to take shape. Teams are getting into the heart of their conference schedule and we begin to see who the pretenders and contenders are. Or we see whose school simply had too many cupcakes early, creating a lack of competitive spirit as conference play amps up.

Early in 2017, the talk of the town was centered around the LSU Tigers. Their defense was shutting down opponents and they appeared to be an early threat to the reign of the Alabama Crimson Tide.

Then the Tigers spiraled, culminating in a loss to Troy.

How do they respond? With back-to-back wins, including this past weekend with a defeat of previously 10th-ranked Auburn.

Auburn has an SEC schedule in their favor, but they will need to go undefeated to get into the playoffs. (Though based off how much love is given to the SEC, who really knows?)

Washington State, trounced by the Cal Bears, have likely seen their hopes dashed. After impressive wins over Oregon and USC, rose to number eight in the rankings. In a less-than-stellar Pac-12 this season chances are a one-loss team from that conference will make the playoffs. (Especially since we should have seen the writing on the wall for a team that barely beat Boise State at home).

To call the Washington Huskies contenders might be naive. The one reason I keep them as a contender over Washington State is because of the Huskies higher ranking prior to their upset loss to Arizona State. (Is Chris Petersen going to suffer a career haunted by kickers?)

Washington will need to win out, though, to have any chance of making a return trip to the playoffs.

The aforementioned Clemson Tigers fell to Syracuse, dropping them from the 2nd spot. The Tigers had been playing with fire for a few weeks now--much like last season--and their play finally caught up to them.

Winning a stronger than normal ACC will go a long way in getting back to the playoffs come the end of the season.

Alabama is still undefeated, with Penn State, Georgia, and TCU lurking. Each has big games against teams in the top-25 (and even top-10) so the polls will continue to shift over the coming weeks.

Ranked 19th, featuring a Heisman hopeful in Rashaad Penny and hosting a young Boise State team, the Aztecs felt they had the inside track to a coveted Group of 5 game.

Penny and the Aztecs ran into a stifling Broncos defense, falling 31-14 to Boise State in San Diego on Saturday night.

Now unranked, hopes of finally taking the national stage on hold. Plenty can still happen, but the Aztecs will need to win the Mountain West and likely not suffer another loss in the season's back nine.

A weekend of upsets--notably in October--reels the fans in (if they weren't already). And, fingers crossed, these great games will be setting the table for more greatness to come.