on November 02, 2017
It’s that time a year again. A time when many men participate in what is the now annual tradition of No-Shave November. Facial hair grows wild and free, all in the good name of raising money and awareness in fighting cancer.

Thirty days pass and many of the participants are left with a tangled mess of hair on their face. Some even have collected what amounts to a gourmet feast of food crumbs in their beard. What now? The first step is to wash your beard more often, if there is indeed that much food in it.

After that’s completed, some men will take the easy way out by shaving off all the hair that adorns their face. Others though? They are simply left staring in the mirror, dreaming of the clean shave they once had.

It’s time to get creative. It’s time to give the grandparents something to talk about at those inevitable family gatherings aside from their reverse mortgage. From baseball player to actor, take advantage of your face full of hair and mold into one of these five styles based on famous men in history. Bring a trend back or join in an already growing one, you make the call.

The Sports Star and his Handlebars 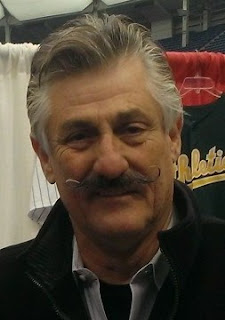 Rollie Fingers was an All-Star pitcher for the Oakland A’s in the 1970’s. The handlebar mustache gained popularity in the 70’s thanks in large part to Mr. Fingers. The style has reappeared as of late, thanks to the hipsters and their love of making everything that was old new again. Snidely Whiplash would be proud. 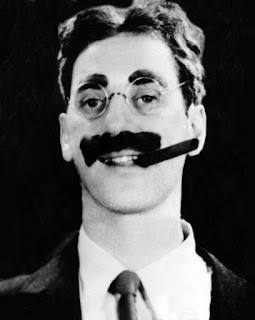 
Groucho Marx. The man whose face has spawned million of fake mustache disguises over the years. Why? Because his mustache was fake as well. For comedic effect, grease paint was applied onto his mustache and eyebrows to make them appear thicker. It wouldn’t surprise me if the thick mustache, essentially a giant face prop, one day became a popular choice among men as a facial style of the future. Use the end of No-Shave November to be the first of your friends to bring back this style.

A Man and His Massive Sideburns

Legendary Civil War General Ambrose Burnside. It fact, it is said that the term “sideburns” was coined after this man’s incredible looking facial hair. Burnside may have failed as a Union general in the Civil War but this look, sometimes referred to as “the mutton chop” look, is still a favorite among men, if only for a few minutes while in the process of shaving their beard.

Time to get Serious 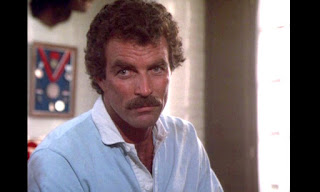 Tom Selleck played Magnum on the hit 1980’s television show Magnum, P.I. Even though the mustache was a popular style in the 1970’s, Selleck carried a more “respectable while being hip” vibe about him, thus creating a generation of men in their 30’s rockin’ the ‘stache, a style that is still prevalent today. Go ahead. Give it a try. Just look at yourself in a mirror first. Sometimes the mustache look doesn’t work. 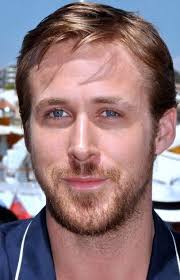 The close beard, as evidenced here on the face of actor Ryan Gosling, is slowly becoming the new norm in many work environments across the United States. Though a clean-shaven look is still preferred, the close beard is a style that is on the rise. The close beard allows for the man to be well-groomed and professional while at the same time having the freedom to choose his style of facial hair.