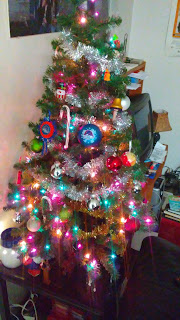 Years ago, in this galaxy and not too far away, the release of a new Star Wars movie was usually reserved for the month of May. Outside of the ill-fitted, little-seen Star Wars holiday special, the past three years have changed that.

New movies from the Star Wars galaxy have now turned into a Christmas-time affair, with The Last Jedi being the most recent of these films.

I grew up with the Star Wars universe and accompanying toys. Hours were spent playing with the toys, whether in my room or my grandpa's backyard. From Luke Skywalker to Jawas, these figures spent a fair amount of time buried in dirt and thrown into the grass. Many a weapon was lost this way, maybe even a head or two, and I like to believe a lost figure is buried in a yard in Bishop, California.

I still own a fair amount of toys from the original trilogy. Sure, the figures have no weapons or helmets and parts are missing on the Millennium Falcon, but I'm proud to say I still own them.

Over the years, I have picked up a figure or two (weapons intact) and I'd say roughly 1/5 of my Christmas decorations are Star Wars related. Not too shabby for a man approaching 40. 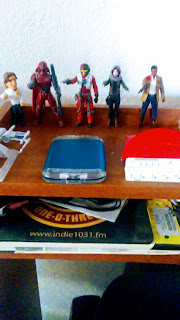 I recently saw The Last Jedi. And while I won't go heavily into details, let me say I enjoyed the film. These movies will always remind me of my childhood, even going as far as to say I clapped softly in the theater when -- slight SPOILER ALERT -- the Falcon showed up to save the day.

Christmas was officially unlocked for me after watching this movie.

I had put up the tree already, been playing Christmas music since Thanksgiving and even sent out a few cards. There's less snow in Boise this year for Christmas (though it is snowing right now), but less snow was to be expected after multiple days in late 2016/early 2017 of six inches or more.

I'll be lucky enough to be spending Christmas with my parents and brother. My sister, brother-in-law, and nieces and nephew will still be far away, but definitely in my heart.

In April, I was lucky enough to visit them in Georgia. It was my first time traveling to see them at their home and it was a fun-filled four days of tornado warnings, downpours of rain, Nerf wars, and plenty of time being an uncle.

I decided to go to Georgia because I had a one-act play produced at a Flagler College in Florida. A student had found my published play and decided to produce it for her senior project. It was the first play of mine produced outside of Idaho and was very thankful I had the opportunity to make it out there to see it on stage. My only regret is I wasn't able to spend more time there, to get to know the director and cast more and also spend more time in their coastal, historical town.

2017 also found a couple of short films I co-wrote get produced. And in October, I took on my first directing job for the theater company I work with, directing five women in a show called Bull in a China Shop.

I also continue to write about the Boise State football and basketball teams over at Bronco Nation News while finding a little time to write about Boston sports over at Chowder and Champions.

This is in addition to continuing to write plays, screenplays, and novels. My second fantasy novel, The Blue Gem, will hopefully be self-published online in early 2018.

I do regularly post updates over on my website, which you can take a closer look at the what I've done in a professional aspect in 2017.

The year has been a trying one in certain regards, but my focus has remained steady. I'm looking forward to 2018 to see what the year has in store.

I'm thankful for all the close friends and family I have supporting me in my goals. Without you, I wouldn't be where I am.

To all of you, I hope you find the tiny spark of tradition to keep you warm, healthy, and happy over the holidays.

Wishing you all a Merry Christmas, a happy 2018, and perhaps a Kylo Ren or Rey figure under your tree on Christmas morning.