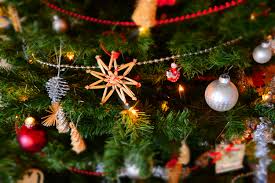 This post originally appeared on a different website, one that switched formats and removed it. Here it is on my own blog, to live now and forever. (Plus some minor changes, updates).

The holidays are upon us and that means many television shows tend to channel their energy towards one thing: holiday themed episodes.

In the tradition of today’s age of lists and nostalgia, here is a list of Christmas themed episodes of television shows from the 90’s that should be witnessed by all, whether it be for the first time or 20th time. *Warning: Possible SPOILER ALERTS ahead.

In the true holiday nature of television shows that lean towards the dramatic side, this Christmas episode of Buffy the Vampire Slayer tugs at the heart strings.

Christmas in it’s physical form is not the focus of this episode. Instead, it deals with pretty frequent Christmas themes of forgiveness, regret, and letting go of the past.

The main plot revolves around Angel (David Boreanaz) and Buffy (Sarah Michelle Gellar). Angel is having nightmares in which people he killed as the evil version of himself are haunting him and telling him he needs to kill Buffy. As the show proceeds along, with various other subplots, including forgiveness from Oz (Seth Green) to Willow (Allyson Hannigan) and a peek into Xander’s (Nicholas Brendan) not-so-spectacular family life, Buffy and Angel eventually become intertwined in each other’s dreams.

The specific thing that makes this episode a top-five Christmas episode is what happens in the last five minutes in the fictional Southern California town of Sunnyvale: Snow.

Okay, it’s a bit more than that, but the emotions of Angel thinking he needs to kill himself by waiting to be burned by the daylight and Buffy’s proclamation of her love to Angel brings this episode to a very moving ending. The snow begins to fall, we see the other characters in a montage of scenes, and, with the realization that Angel is going to live and be there for Buffy (at this point in the series) makes for a very heartwarming Christmas.

When a show has been around as long as The Simpsons (28 seasons and counting), there are quite a number of Christmas and holiday themed episodes to choose from. “Simpsons Roasting on an Open Fire” (in which the Simpsons family gets their dog, Santa’s Little Helper) and “Miracle on Evergreen Terrace” (in which Bart burns down the Christmas tree) are just a few episodes which regularly appear on lists.

In “Marge Be Not Proud”, the main plot revolves around Bart and his desire to get the hot, new video game of the holidays: Bonestorm. Bart resorts to stealing the game when a dim witted employee leaves the video game cabinet unlocked. What we are treated to is a lesson on stealing, forgiveness, and telling the truth.

Also, after the dust settles, Bart does indeed get a video game for Christmas. It’s not Bonestorm, though. The game is Lee Carvallo’s Putting Challenge, quite possibly the greatest game of all time.

The revival of Roseanne is already in the midst of filming so now would be a good time to catch up on the early years of the show.

While it’s the Halloween episodes of Roseanne that were among the most cherished and creative during the show’s run, the Christmas centric episodes also carried a punch.

Part of Roseanne’s popularity was that the show connected with the lower-middle class of America. While it is assumed one wouldn’t need a mortgage calculator to figure out what kind of neighborhood the Connor family lives in, the neighborhood association still deems the Connor’s Christmas decorations too tacky. The Connor response? Go even tackier and more white trash than normal.

In the true holiday spirit of a Christmas themed episodes, Roseanne stays true to form with a few touching, somber moments. What makes this episode special is Dan (John Goodman) sharing marital advice with Mark (the late Glenn Quinn) and the Connor family banding together in times of need and, in the case of the Christmas decorations, in spiting the neighborhood. Because nothing says Christmas like spite.

As long as Seinfeld reruns are available on various viewing platforms, and people that grew up watching the show are still alive, this episode will continue to pop up on lists like these because the episode gave up quite possibly the best made-up holiday of all time: Festivus.

Festivus, in fact, is now celebrated as an official holiday in some circles. Traditions on this holiday, along with the aluminum pole in lieu of a Christmas tree, are the feats of strength and the airing of the grievances.

This holiday special was in the first half of the last season of Seinfeld’s run. At the time, it was one of the stronger episodes of that season. Perhaps that’s why it still holds up to this day and so many people have in embraced it. Well, that and George’s (Jason Alexander) donations to the fake charity “The Human Fund” are all done in the Christmas spirit of the world in which Seinfeld created.

Saved by the Bell continues to be a major player as far as nostalgia for 90’s television goes. During its run, episodes featured lessons about drug use, self worth, and greedy oil companies, among other things. The demographic was aimed at young teens so the stories coincided with the very issues one might come across as a teenager.

In this two-part story arc centered around Christmas, Zach (Mark-Paul Gosselaar) and the gang tackle the issue of homelessness.

A meet-cute at the mall brings a new girl (and later her father) into Zach’s life. These two episodes provide a brief glimpse into what homeless people may go through and how stereotyping them by outward appearances can be a mistake.

The episode is pretty cheery throughout, despite the bleakness of homelessness hanging over the episode. We see a commercialized version of “A Christmas Carol”, some comedy, a humbug character named Mr. Moody, singing, a visit to a Children’s hospital, and a goodhearted group of teenagers that do everything short of giving back to a food bank or pantry.

In the end, as it was in sitcom land in the 90’s, everyone ends up happy. The girl’s homeless father is given a suit jacket and the promise of job with Zach’s father. All in all, it’s another miracle in Bayside, this time of the Christmas variety.

These are just a few of my personal favorites. Have a favorite Christmas episode from television in the 90’s? Feel free to comment and air those grievances below.

I promise, there will be no feats of strength. This year.