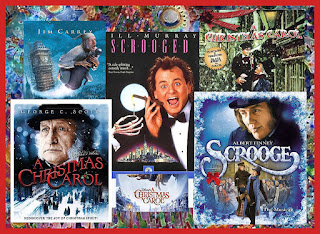 Christmas and holiday films -- from big budget to animated -- hold special places in many a person's heart. So let's have a fun tournament to (not really) settle the debate of the best of all time.

Earlier in 2018, we took a look at the best summer movies of 1998. So I figured it was time to take a crack at the best Christmas movies, with you, the reader (or Twitter user) vote on the best one.

Now, before you starting shouting all of your favorite holiday films of all-time, let's take a breath for a moment. For the sake of time and not making this a tournament of 502 films, I have not included Hallmark or Lifetime movies from the last 20 years. These movies are plentiful, important to some, and staples for Christmas viewing to many others.

Instead, focus has been placed mostly on theatrical releases. Christmas classics like Rudolph, the Red-Nosed Reindeer and A Charlie Brown Christmas were placed in the tournament. One, because they are considered classics. And two, Christmas and holiday films have really taken off in the last 18 years. Prior to the year 2000, actual Christmas films outside of television specials were a bit more of a rarity.

Now, there might be some debate as to whether a few of these are Christmas films (Die Hard, Die Hard 2, and The Nightmare Before Christmas). That's for other people decide. Or if you don't feel these films are of the Christmas variety, feel free to not vote for that film when the time arrives.

Voting will take place on Twitter, starting with the Pre-1980's region.

The number one seeds

Unlike the tournament from earlier, I did not use the box office totals to rank the teams in each region. I used an eyeball test, ranking some films higher based on my own personal tastes, while ranking others based on what others might think. (This ranking system is not an exact science. If college football can't get it right, why should I?)

Number one in the 2000's region is Elf. The 1990's are represented by the number one seed Home Alone.

Over in the 1980's, I handed the number one seed to A Christmas Story (I can hear the Die Hard fans seething already). And in the pre-1980's region, number one is It's a Wonderful Life.

The 2000's didn't have quite the room for a few (i.e. Santa Clause 3: The Escape Clause, Just Friends) but Ryan Reynolds cannot be everywhere these days. And there was already more than enough Tim Allen to go around.