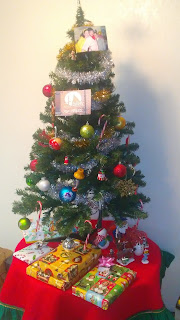 In a way, Christmas 2018 started for me way back in the month of August. It was then I officially learned I'd be working on a Christmas show for Alley Repertory Theater, the theater company I've worked with the past seven years.

Now, getting in the Christmas spirit year-round hasn't been much of a problem for me the past ten years or so. Between working on a youth novel set at Christmas and writing a screenplay centered around the holidays -- more on that later -- the holidays have lived in my brain on a continual 12-month basis.

2018 was to be no different as Alley Rep would be mounting a production called Jodi Sings Judy.

This Christmas extravaganza was to be based off an episode of the short-lived variety program The Judy Garland Show. In 1963, in the show's one-and-only Christmas special, Judy invites the TV cameras into her home to share the holiday with her family and her good friends as they all informally drop by.  Young Joe and Lorna adorably sing off-key songs, a 17 year-old Liza Minnelli is at her best singing and dancing to that classic dance jazz number "Steam Heat" and Judy belts out her standards all under the guise of a warm, family affair.

In our production, we re-imagined this special with our very own Judy Garland and complete with dancing Santas, plus all of the above.

To say the past four months were a ride could be an understatement. From conception to transcribing and (appreciatively) digging into the life of Judy Garland was all quite the adventure. Fantastic as these things were, working with a fabulous group of performers, dancers, musicians, crew and many more was even more pleasurable. For ten performances, I could not stop laughing and smiling, with a few tears mixed in. The joy I experienced is one filling my heart as I write this nearly 24 hours after the finish of the final performance. 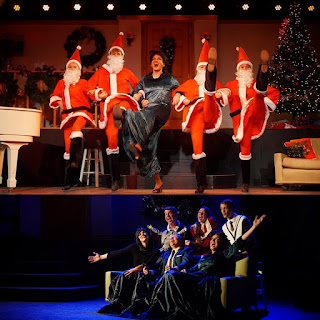 Theater continues to be a big part of my life in 2018. I directed and was the dramaturg for Jodi Sings Judy and worked as a dramaturg on two other shows for Alley Rep. I also was lucky enough to have a 10-minute given a reading at a festival this summer with Opal Theatre in Boise.

Writing is what takes up the majority of my life. In March, I self-published my second fantasy novel, The Blue Gem and I am currently working on my third.  This is in addition to working on the aforementioned Christmas novel, which had an original goal of being finished this winter but now has a goal of fall of 2019.

The screenplay mentioned above was recently named as an official finalist for the Chandler Film Festival in Chandler, Arizona. And a short-film I co-wrote called Taking Flight was shown in a few film festivals.

I also continue to write about the Boise State Broncos football and basketball teams over at Bronco Nation News and for the Boston Red Sox, Boston Celtics and Boston College Eagles over at Chowder and Champions.

I did manage to get out of town for a spell in 2018, driving to see an old friend in Arizona. While there, I got to enjoy some nice 110 degree heat and an Arizona Diamondbacks game. On my return trip home, I stopped in Utah for a night to catch a performance of Othello at the Utah Shakespeare Festival. 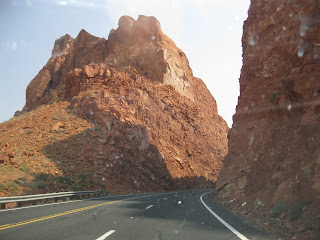 My parents also made the trip to Boise for the first time in five years back in November, just before my *ahem* 40th birthday. We were lucky enough to catch the Boise State women's basketball team take on the nationally-ranked Louisville Cardinals.

I did not make it to see my sister, brother-in-law, nieces and nephew in 2018. But the nieces and nephew are getting bigger every day, a fact noted as I noticed as I've progressed from the easy choice of buying them toys at Christmas onto something more tangible.

(And for those wondering, the answer is this: I'm still on the lookout for that special someone. So while there is no news to report on that front, this does not prevent me from being in a good and happy spot in my life.)

The adventure in 2018 has taken me near and far in this little thing called life. Balancing the good moments, trying to not be overwhelmed with the bad, and embracing all that is thrown at you is one of the delicate walks of life. To friends and family, near and far, old and new, I wish you the best. Perhaps it's a simple "like" on a social media post or a text message about an inside joke from years ago or even a simple hello every six months or a happy birthday wish, know that you are on my mind and with me daily. For you, I am grateful.

Here's to a Merry Christmas, Happy Holidays (and all that jazz), and a Joyous New Year!