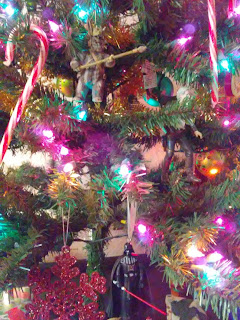 Unleashing the 2019 Christmas letter upon the world. Enter at your own risk.

Ah, it's that time of year again. The time of year to reflect on days passed (and past); to explore the paths traveled, reflect on the fleeting moments of year gone by, and to hopefully spread -- and gain -- a little holiday cheer.

Yes, Virginia, it's time for the annual Christmas letter (or in this case, annual blog post).

This might be the first year that I actually wrote a draft by hand before putting finger to keyboard. There is a lot to be said and I a lot I wanted to convey. Through scribbles, false starts, discarded paragraphs, and maybe a few tears, I still ended up scrapping much of my handwritten words and going from the place I usually write the Christmas letter from: off the cuff and from the heart.

Christmas memories, when traditions are carried from year to year, have the possibility to blend together. One might recall the events of a specific Christmas in one way, when in fact they've created a messy amalgamation of multiple Christmases.

Photographs are one way to document the memories; made more prevalent with the advent of camera phones. Videos are made this way as well, snippets of our present in order for us to reminisce about the past.

Before phones, camcorders were used to film those special moments. My dad held the camera each Christmas morning, filming the first events of the day before pressing pause and setting the camera aside. He continued to do this throughout the years, even finding a few minutes last Christmas to document the occasion (as far as my recollection informs me, that is).

This past summer, I learned the tradition of filming was something dad had learned from my grandfather. For years, reels of film shot by my grandpa had sat untouched. Dad had been meaning for years to take these reels and get them converted to DVD. He finally got around to it and, when my DVD's arrived, I watched nearly three hours footage, giving me (and family members across the land) a glimpse into Christmases -- and other events -- taken from another era. There was no sound to this footage but imagine, if you will, the opening credits of The Wonder Years. Instead of Kevin Arnold and family, however, there was my dad. And aunt, grandparents, cousins, and great-grandparents. Moments captured, whether it's something you were there for or something connecting you to the past, provide the foundation of personal history. And it led to conversations with my parents that had never really been discussed during the course of life.

And I am glad I had that opportunity to find out more; to see the joy that was had in Christmases past (among other things).

It has been a somber couple of months. Most of you are likely aware, but if not, dad passed away unexpectedly back in October. The adjustment has been a tough one, which I consider to be standard when the unexpected loss of life strikes deep. We held a celebration of life for him in early November and it was so wonderful to see how many people he had an impact on over the years. The messages, memories of dad, and outpouring of love and support then -- and now -- to me, my mother, brother, sister (and family) has been incredible. I know for me, I will carry the kindness shown to us in my heart forever. 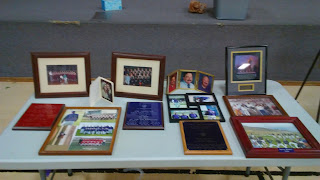 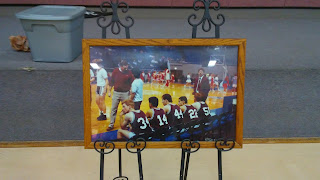 Prior to October, the year was moving rather quickly. Things have slowed down for me, in some regards, and I find myself taking the time to appreciate the small moments of the day even more.

Writing has mostly been in a stasis since October, though I managed to publish Of Snow Forts and Santa back in November. This novella, centered around Christmas, already had special meaning to me and it meant even more that I was able to get it out in time for this holiday season. I appreciate all of you who purchased the book and the positive reception I've received. I wrote the book with my nieces and nephew in mind -- mixed in with experiences of my own -- and am glad to those of you gifting the book to your own children or nieces and nephews.

I also had a play reading with Alley Repertory Theater of my latest full-length play Half Past Midnight back in May. I've been with this theater company for the last, oh, nine years or so. I count my blessings I get to be around such wonderful people and consider them to be my second family.

Sports writing continued to be a constant in 2019, writing about Boise State football and basketball for Bronco Nation News. I am also a contributor to Chowder and Champions, where I write about the Boston Red Sox, Boston Celtics, and Boston College Eagles.

Traveling took a backseat last year. I am hoping to either move into a bigger place or buy a house in the upcoming year so, much like Ebeneezer Scrooge, I am pinching pennies. Even with this goal in mind, the hope is to hit the road to a few different spots in 2020.

This letter has gotten a little long in the tooth so I'll wrap up and put a bow on it. Thank you to all who have journeyed with in 2019. And whether it's only online with a simple "like" or "retweet", in passing with a pat on the back or extended conversations on the phone or over a beer, I am grateful to have you in my life.

Wishing everyone a Merry Christmas, happy holidays, and a happy and healthy New Year. Here's to a fruitful 2020! 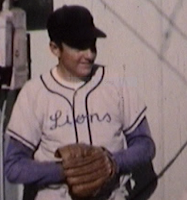 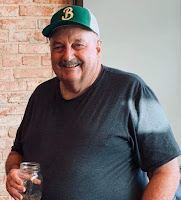