Will they or won't they: An examination of NBC's character pairing in the 1980's, 90's and beyond 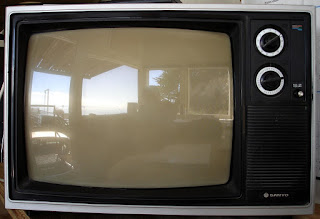 NBC ruled the airwaves back in the 1980's, '90's and part of the 2000's, thanks in large part to shows that relied on a good, old-fashioned, "will-they-or-won't-they" trope involving main characters.

The characters you'll likely know by first name only. Ross and Rachel from Friends became synonymous with the will-they-or-won't-they question, helping the sitcom become one of the most watched shows ever.

It wasn't the first time, however, that NBC trotted out this trope on one of their television shows.

In fact, for a good stretch, the network paraded out this types of relationships on hit-show, after hit-show. It started back in the 1980's and stretched into the 2000's with a bevy of characters many of us are on a first-name basis with.

Sam and Diane (Ted Danson and Shelley Long) from Cheers. Sam and Rebecca, for that matter (Danson and Kirstie Alley). There was Joe and Helen from Wings. Skippy and Mallory (Marc Price and Justine Bateman) from Family Ties. Okay, maybe not the last pairing. Theirs was a dynamic more like if Ross (David Schwimmer) and Rachel (Jennifer Aniston) had never progressed past their high school personas. Plus, Mallory had Nick (Scott Valentine).

These shows were much more than the burning question of "will-they, won't-they" but it was a key in what kept audiences watching from week to week. In-between the stolen kisses and petty disagreements, the characters grew and changed while slowly circling towards each other to bring finality, one way or the other.

Fans rally around these relationships for a myriad of reasons. Maybe they see themselves in one of the characters, identifying with traits and mannerisms. Maybe they harbor thoughts of seeing a friendship in their own life grow into something more, idealizing a series of events that will lead them to true love.  Or it can be as simple as fans find these characters intriguing and entertaining

Characters built in this regard are still around today. Rooting for a certain pairing of characters -- or shipping, as the kids call it today -- is part of the fun and interest in certain television shows. It's not as prevalent in today's sitcom world, but that's partially because what we once thought of a standard sitcom has mostly gone out the window.

Once upon a time, NBC relied heavily on these pairings, even as some failed to find momentum once the talked about characters finally cemented their relationship. Still, NBC had the market cornered in regards to television shows and the water cooler gossip of will-they-or-won't-they.

As it turns out, NBC had something going because all of these were hit shows for the network.

If something works, why stop doing it? Must See TV turned NBC into a powerhouse, thanks in large part to Cheers, Friends, Seinfeld, and so many others that helped pave the way prior to these sitcoms.

During this span, it was Cheers that really captured the movement. This sitcom is one of the fantastic ones in the last 50 years and, even with an outstanding ensemble cast, it was the early chemistry of Danson and Long that drove this show. Debuting in 1982, the early seasons were a constant back and forth between Sam and Diane, matching brawn with wits, with romance sprinkled in. This dynamic was so central to the story, creators James Burrows and Glen and Les Charles attempted to duplicate the success when Long left the show in 1987. Alley was brought in and the Sam-Rebecca stories barely missed a beat.

Later, it was only natural to see Frasier, a spin-off of Cheers, find comfort in the same trope. While it didn't necessarily revolve around Frasier (Kelsey Grammer) -- even as there were likely Frasier-Roz (Peri Gilpin) shippers out there -- it was a will-they-or-won't-they between Niles (David Hyde Pierce) and Daphne (Jane Leeves) that was represented here.

Before Frasier, it was Wings that helped continue the trend. Initially, the idea of a love triangle was sprinkled throughout the early episodes of the sitcom. Brothers Joe (Tim Daly) and Brian (Steven Weber) Hackett chased after their lifelong friend Helen (Crystal Bernard). In season 2, however, Joe and Helen began dating, the first steps of a story extending over seasons to see if these two would ultimately end up together.

It made sense that this trope would be used, considering creators David Angell, Peter Casey, and David Lee all worked as writers and producers on both Cheers and Frasier.

In 1994, however, the beginning of Ross and Rachel on Friends took hold, launching ten seasons of on-again, off-again romance and frustration. Creatively, writers found ways to keep these two apart, and developed a nice rhythm when it came to one character pining for the other. They were able to get the most mileage out of these two characters, even as the series lost some of its luster in the back half of the shows. (Or, as I like to call it, the latter part of the "Monica/Chandler being a couple" seasons.)

NBC sitcoms did not lose the trope, either, with new shows in the 2000's. J.D. (Zach Braff) and Elliot (Sarah Chalke) were given the nod here, with their love and troubles stretched out over the run of the show.

And perhaps the most popular will-they-or-won't-they on NBC in the 2000's belonged to Pam (Jenna Fischer) and Jim (John Krasinski) on The Office. This show was a perfect example of how tricky it can be to get these characters together in the middle of a series run and consistently finding obstacles to throw in their way to keep fans interested.

Looking back, this structure wasn't limited to simply the sitcoms on NBC's docket. There was the juggernaut that was ER, with the back and forth between Doug (George Clooney) and Carol (Julianna Margulies). We even saw to an extent the same parrying of hearts between Mark (Anthony Edwards) and Susan (Sherry Stringfield).


Aaron Sorkin's The West Wing in the late 90's had its own will-they-or-won't they couple and it was a trope replicated in the one season of Studio 60 on the Sunset Strip, where two sets of couples were thrown into the swirl. We can even journey all the way back to Remington Steele in 1982, where Pierce Brosnan and Stephanie Zimbalist where thrown into the same cauldron of romance, friendship, irritation, and jealousy.

Other networks in recent years had television shows with similar success that used the same dynamic. From The Mindy Project to New Girl and even ABC's Lost, characters in a will-they-or-won't-they situation help drive the action. As to whether or not it's the main focus or helps drive the popularity, well, I'll let the success of NBC shows do most of the talking there.

What are some of your favorite shows -- past and present -- that use the "will-they-or-won't-they" mechanism? Were you happy with the end result of the characters you rooted for?