Looking back at LOST: An ode to Dr. Arzt 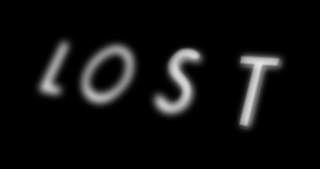 The television show Lost recently passed the ten-year mark of being off the air. It's time to take a closer look regarding a certain character's contribution to the story.

"Really? Then you explain to me why Kate gets the best pieces of wreckage to build her shelter?"

In an episode that began with an essential sermon on the mount regarding trade winds, Dr. Leslie Arzt (Daniel Roebuck) delivered quip after quip to make his impact on the Lost world forever.

If only we had been given the chance to spend much more time with him, for his departure happened almost as quickly as he had arrived.

Arzt -- or Arntz, as Hurley (Jorge Garcia) continually called him -- arrived with a bang and left with a literal one as well. Six weeks the survivors of Oceanic Flight 815 had spent on this island and it wasn't even until "Born to Run" that Arzt made an appearance. And yet there he is, orating a passionate plea for Michael (Harold Perrineau) and the others to not set sail on the raft they've so diligently been building.

Former science teacher and marrying man (three ex-wives, as we come to learn), Arzt turned out to be a voice for the other survivors on this island; the ones we never really got to know but were always there, hanging out for big speeches or burials. He was a know-it-all who I imagine rallied these characters and would have led a mutiny if he weren't allowed to go on the journey to the Black Rock to help retrieve the dynamite.


He was an expert whose hubris led to his ultimate death. But his legacy remained and lived on, given more to do in coming seasons. This included the smaller mobisodes, where fans were treated to peeks into moments between the larger story lines, and where Roebuck was allowed to shine as Arzt even more. And sure, maybe these were designed to help bridge gaps between plot holes, but the more Arzt, the better, even as we were well aware of his fate.

Arzt was indeed integral to more of the story, popping up in a flashback at the airport and later appearing in the final season as a co-worker of one Dr. Linus (Michael Emerson). Destiny would end there, however, for Arzt as he was not part of the series finale.

A shame above all shames for this man who made his mark Cassandra-style, warning of raft trouble (which, by the way, he was right about. Just not in the way expected). The man who was full of quips and brought a different style of comedy to those few episodes he was in. Dr. Leslie Arzt had a memorable impact on Lost. If only he'd been given more time.to showcase his talents.

Truth be told, the character of Arzt was likely never intended to be around for too long. Gearing up for a season one finale, capping off a highly-successful first season, the creators and writers likely needed a death. Considering one of the main characters, Boone (Ian Somerhalder), had only recently met their demise, there was a slim chance death would happen to another main character.

The season one finale aired on May 25, 2003 and later that evening Star Wars: Revenge of the Sith premiered with midnight screenings. Seven years later, on May 23, 2010, Lost concluded its run with an episode aptly titled "The End".

In between, Roebuck appeared as Arzt in nine episodes, four of which occurred in the final season, whether as a brief glimpse or an important player. Arzt was in Australia for what turned out to be an internet date gone bad. By chance Arzt, as with many of the characters, decided to forego exploring what Australia had to offer and caught an early flight back to the States.

For a character who made such an impact -- and we were treated to a rich background for -- Arzt did not appear in the finale.

Perhaps it was because in the flash sideways episode "L.A.X. Part 2", Arzt narrowly avoided being hit by a cab and thus keeping him "alive". (Ten years after the fact and I'm still not really sure how this metaphysical world works. But I'm getting closer.)

The arc of Arzt ended, at least in this universe, in the episode titled "Dr. Linus". Arzt received plenty of screen time colluding with Ben Linus, while Locke (Terry O'Quinn) was also lurking as a substitute teacher.

One could have imagined much more of Arzt. Considered my many to be a minor character in the Lost realm, Arzt carried much more weight than previously realized. Whether in the flashbacks or the flash sideways stories, Arzt was part of the Lost web. He bantered with Hurley, engaged with Sawyer (Josh Holloway) and parlayed with Dr. Linus. Arzt was the true bit player: gone too soon but one who should be truly remembered.