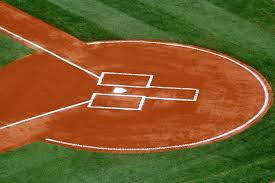 It wouldn't be a Major League Baseball season without the book of unwritten rules making an appearance.

The old guard and the new guard of Major League Baseball are at it again.

Unwritten rules are plentiful in every sport and usually spoken about accordingly as the situation arises. One might hear about an unwritten rule every now and then, in passing, and forgotten about until the next go-around rears its multi-sided head.

In baseball, however, it seems not a single season can pass without factions of players, managers, and fans taking a side in the "great unwritten rule" debate.

It is a very topic I've spoken about before, back in July of 2017. Rick Reilly once devoted the entire back page in an issue of Sports Illustrated on the very subject of unwritten rules in sports. This debate, especially in baseball, has oft divided fans, with many taking up sides like the very life support of the game depended on it.

The latest "controversy" involves rising star Fernando Tatis, Jr of the San Diego Padres. Tatis is blistering opposition in this shortened 2020 MLB season, delivering on the hype that has surrounded him since his arrival in the majors.

Manager Chris Woodward of the Texas Rangers, himself a former player, believes in these unwritten rules. And perhaps that's why the next batter, Manny Machado, was thrown at, an action that eventually landed Woodward a suspension by MLB.

Even Padres manager Jayce Tingler appears to follow these same rules, calling the it "a learning opportunity" for Tatis.

Granted, even as the "old school" fellas of baseball live and die by these unwritten rules, it does seem we are moving forward in letting the "new school" simply play the game. Many veteran players -- retired and otherwise -- came to the defense of Tatis.

One of the things that makes baseball unique are these unwritten rules. They add extra intrigue and provide excitement on occasion. But if the old guard isn't careful and they continue to follow these unwritten rules to a 'T', they will deflate the energy the young guard is bringing to the game.


As much as I have respect for the history of the game and even some of the "rules", what Tatis did was not wrong. He's getting paid to play a game he loves and should take every opportunity to hit a grand slam.  (Not to mention, maybe the Rangers should avoid loading the bases in the 8th inning in a game they trail by seven. Or maybe don't fall behind in the count 3-0 and decide to groove a fastball. As long as I've known and loved baseball, it's always up to hitter/manager discretion whether or not to swing away on a 3-0 pitch.)


Scoring runs and making plays in this shortened 60-game season, I say all the players should pack in as much excitement as possible. Collect as many hits and home runs, no matter the score. If that means hitting a grand slam with a large lead in a empty stadium, so be it.

This isn't to say that this type of fun and atmosphere should stop in the course of a normal March thru October season. Far from it. Tatis and the rest of the league should be able to celebrate home run in a joyous manner. Are there moments that go too far? Yes (mostly involving batters/pitchers staring down each other), but players have earned the right to go out and play they game they love. Tatis is by no means doing the game "dirty". Plenty of players using pine tar and steroids, plus the coke-fueled 1980's, have already done that.

Unwritten rules still have their place in the game. Having a teammate's back and not driving in the tying run in the last inning of a spring training game among them.

Tatis is simply playing the game. Let the new generation respect the game and honor history in their way while paving the way for a fruitful and exciting future.

Most importantly, let the kids play.