Gale Sayers: A few words on the Chicago Bears legend 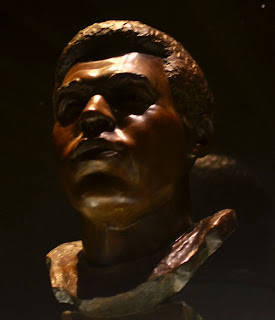 Chicago Bears legend and NFL Hall-of-Famer Gale Sayers, who was legendary on the field in an injury-shortened career, passed away earlier this week.

In the seventh or eighth – the specific year escapes me – the movie Brian's Song was shown to me for the first time. Back in the formative Junior High years, P.E. and Health classes were one in the same, with two days of the week devoted to health class.  Educational videos and afterschool specials were often the lessons of the day, where we learned stuff about all sorts of things, ranging from the kid who died from smoking marijuana to our first introductions to sex education.

And of course, there was that special movie about football, friendship, and death, starring Billy Dee Williams and James Caan.

Being the lifelong fan of the Chicago Bears I had been at that point in my life – thanks to Walter Payton, Jim McMahon, William “Refrigerator” Perry, and the Super Bowl Shuffle – I was well aware of the great Gale Sayers. I knew his stats and his highlights and knew that Sayers was a Chicago great. Somehow as an early teenager, however, I was unaware of his friendship with teammate Brian Piccolo.

Piccolo passed away at the age of 26 in 1970 and here, 50 years later, the football legend Sayers joined his old friend in the afterlife.

A Hall of Fame career

Sayers had his NFL career cut short due to nagging knee injuries but his time on the field was well-earned and well-accomplished.

A pro football player has a short-self in the league as is. Playing in 68 games in parts of seven seasons is a nice career. The immortals and the legends, however, are supposed to last 10 seasons or more. (Or they can keep playing forever, like Tom Brady is apparently attempting to do.) Sayers had injuries take away that attempt at longevity yet found greatness, leaving an indelible mark upon the NFL. His impact was so great that became the youngest ever to be elected to the NFL Hall of Fame, doing so at the age of 34.

Sayers played 55 of his career games in four seasons, totaling only 13 more in the three other years. An all-around talent, Sayers rushed for 4956 yards and also totaled 1307 receiving yards on 112 receptions, combining for 48 touchdowns. He added eight more touchdowns on returns (2 punt, 6 kickoff). Sayers was so adept at returning kicks, averaging 30.6 yards per return during his career.

In 1966, Sayers rushed for 1231 yards but one can likely point to his rookie season as the one that truly cemented his status as 'legend'.

Late in that season, in a game against the San Francisco 49ers, Sayers tied a *single-game record by scoring six touchdowns. Four came via the ground game, while one each was recorded in the air and on a punt return. This tied him with Dub Jones of the Cleveland Browns, who scored six touchdowns against the Bears in 1951. (*This record is for non-quarterbacks. The record for passing touchdowns is seven, held by eight different quarterbacks.)

A game like this are what sports dreams are made of. Some are simply a one-off, in which the player is forgotten about over time, except for this one feat. Others, like Sayers, have a game like this to cap off an outstanding rookie season and does so while the opposing teams extensively game-plans simply to stop one player.

Sayers, soft-spoken, let his play speak for itself. Rightfully so, he's a legend that will never be forgotten, whether it's by a diehard Bears fan who knows every inch of his story or a kid seeing Brian's Song for the first time.

No matter the way one learns about Sayers, much like what happened when hearing of Sayers' passing, a tear will be shed. And that's all right by me.