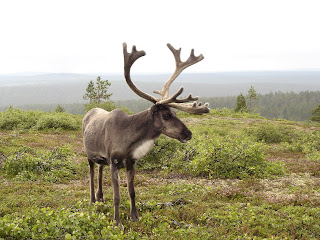 A look at some of the songs that didn't quite make the cut in this tournament of favorite holiday songs. Plus, a listing of songs that advanced into the round of 64.

The earliest Christmas albums I owned – not counting those from my childhood – were classics. Bing Crosby, Alvin and the Chipmunks, and The Beach Boys were among the favorites that were worn out from use.
After that? Well, it was a love of 1990's rap that led me to the Christmas on Death Row, a collection of Christmas songs by the likes of Snoop Dogg, Nate Dogg, and Tha Dogg Pound, to name a few.
It's an album I'd forgotten about until this tournament began, and led me to regret in not including any of those classic songs in this tournament.
The same can be said about a handful of Christmas carols and other songs.
In laying out the brackets for this ultimate tournament of holiday and Christmas songs, there were plenty of versions by various artists to go around. This fact is evident in the upcoming round of 64, where versions of Have Yourself a Merry Little Christmas and Silent Night will be duking it out against one another.
On the outside looking in? A fair amount of representation by Christmas carols and a collection of other misfits that failed to finagle their way into the tournament.
Songs such as Away in a Manger, Joy to the World, It Came Upon a Midnight Clear, and O Come, O Come Emmanuel were just a few of the carols that missed the cut.
These are worthy songs in their own right – with plenty of artists delivering their own spin – and Christmas carols are usually some of the more well-known holiday songs. Some were just missed and only remembered when the bracket was complete. Others, well, came down to a personal preference of having five different versions of Silent Night gracing this tournament. (ACC vs mid-majors, anyone?)
And sometimes one just forgets a song that should have probably been entered, like Dance of the Sugar Plum Fairy from The Nutcracker:
In researching chart-toppers and favorites from across the world, there were songs with little notoriety and songs that I'd really never thought of as Christmas songs.
Like a certain song by Tom Waits that even has the word 'Christmas' in the title.
Christmas Card from a Hooker in Minneapolis is a fantastic song in its own right. One that tells an intriguing story and involves Waits' gravelly voice pouring his out. And while this is one of my favorite artists and songs of all-time, it didn't quite feel right putting it a tournament of this nature.
In the process of research, I also discovered Christmas songs and albums by the likes of Dio, Korn, Twisted Sister and GWAR, bringing a heavy metal spin on holiday classics.
Take a listen, if you never have before. It will be worth your while. For now, it's onto the round of 64 in this year's tournament.

In the White Christmas region, most of the higher seeds held strong in advancing to the next round. The highest seed to fall was the sixth-seeded The Chipmunks Song (Christmas Don't Be Late). The Chipmunks bowed out Let it Snow by Boyz II Men and Brian McKnight.
Will the bracket continue to hold to form? The matchups for the next round:

Tournament surprises began in this region. While most of the higher seeds took care of business, it was a victory by David Archuleta's Angels We Have Heard on High that shook things up. The number 30 seed defeated Christina Aguilera's O Holy Night and held the title of lowest seed to advance for exactly one day. (That's when the Candy Cane region entered the chat.)
Round of 64, Silent Night region matchups:

Dominick is going UMBC this opening round. https://t.co/KQm8UWSTvw

True to form, much like when the UMBC Retrievers defeated top-seed Virginia in the 2018 tournament, Lou Monte's Dominick the Donkey pulled off a major upset. And it wasn't even close, with the song defeating Mariah Carey's All I Want for Christmas is You, 65 percent to 35 percent.

This tournament can now be considered up for grabs. The matchups for the Candy Cane region, round of 64:

Voting will take place on Twitter (@jasonrh_78) and continue throughout the month until there is only one song remaining. Check back here for more posts as the tournament continues.
Do you have a favorite song that didn't make the tournament? Or was upset in the first round? Feel free to comment and keep the discussion going.
Photo credit: Commons.wikimedia.org
Part 1: Holiday and Christmas favorite songs tournament
Christmas Christmas carols Lou Monte Rudolph Silent Night Tom Waits