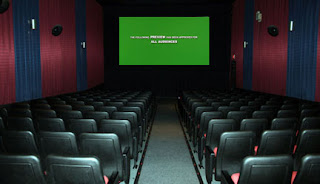 It's tournament time again, this time traveling back to 2001 and the top films at the summer box office.

Twenty years ago, the world looked a lot different. No one knew what a Facebook or Twitter account was. MTV still occasionally played music videos and wasn't a 24/7 hub for episodes of Ridiculousness. Tom Green was at the height of his popularity. Nelly's "Ride Wit Me" was one of the top pop songs of the summer, rocking discmans and car stereos everywhere.

And it was the last summer before the events of 9/11 changed life in the United States (and beyond).

Films on the big screen may have had different tones and different styles in the summer of 2001. The industry is ever-changing, of course, as technology and the world evolves. On the surface, however, there was a lot at the box office that looked very similar to 2021.

There were sequels galore, like Dr. Dolittle 2, Scary Movie 2, Rush Hour 2, American Pie 2, and Jurassic Park III, a franchise that is churning out films to this day. (A new film from the franchise is set for a 2022 release with Jurassic World: Dominion.)

Franchises like the one above – or the beginning of some – were also prevalent. Shrek premiered in May 2001, and was followed up by sequels, television specials, and more. There was also a Planet of the Apes remake starring Mark Wahlberg that opened in July. While his sequels never took off, the franchise continued with three more films, the first of which was released in 2011.

Twenty years ago also introduced the world to street racing and the characters of Dom (Vin Diesel), Letty (Michelle Rodriguez), Mia (Jordana Brewster), and Brian (the late Paul Walker) in The Fast and the Furious. Not sure how much street racing takes place these days, but the franchise is going strong and raking in money, with the next installment F9 due out in North America in June of 2021.

That summer also had on display the continued bromance of Freddie Prinze, Jr and Matthew Lillard in the legendary baseball film Summer Catch.

The top film of the entire year belonged to Harry Potter and the Sorcerer's Stone, a film that was released in November. In second place, and the top-film in this summer box office bracket, belonged to Shrek.

As with other tournaments on this blog, like the Summer Box Office of 1998, seedings were based off the domestic box office totals as listed on Box Office Mojo. The films were then placed in four regions based off release dates: April/May, June, July, and August.

Voting will take place on Twitter over the next couple weeks. Be sure to follow along @jasonrh_78 and this blog for more as we delve into the films of that summer. Have fun and let the games commence!

Two months were combined here because of the relatively light film release schedule between these two months. Memorial Day weekend used to be the big time to release films but we've generally seen it moved up to earlier in May, at least prior to the pandemic.

Films released in this month showcased the talent of a young Heath Ledger in A Knight's Tale, gave us a turn of the (20th-century) tale in Moulin Rouge, and a underrated future classic in Josie and the Pussycats.

This region is topped off by the likes of Shrek, Mummy Returns, and Pearl Harbor and is rounded out by Freddy Got Fingered. This film was Green's starring-vehicle that hoped to capitalize on his rocket-fueled fame and also promptly was a dud, likely leading to a downfall for the charismatic star.

Fast cars, a film based off a video game character, and robots were all subjects of films that were released in June 2001.

The summer of Eddie Murphy continued with Dr. Dolittle 2, Halle Berry rocked it in Swordfish, and Ben Kingsley was a Sexy Beast. These are just a few of the films looking to advance to the round of 32.

July of 2001 saw the release of the much-anticipated release of The Score, which marked the first and only time two legendary actors in Marlon Brando and Robert Deniro shared the screen together. The film didn't really hit as expected. It was a solid, if not unremarkable film, but IndieWire names it as one of Brando's 10 best performances.

The region also gave us early Scarlett Johansson, a dose of Reese Witherspoon, and a wider introduction to the talented John Cameron Mitchell (who won best director at the 2001 Sundance Film Festival for Hedwig and the Angry Inch.

It wouldn't be a summer box office without a Nicholas Cage film and we got exactly that with the August release of Captain Corelli's Mandolin.

The month also saw the continuing trend of turning Shakespeare plays into film with O, a Colin Farrell sighting in American Outlaws, Nicole Kidman giving the frights in The Others, and the re-teaming of Chris Tucker and Jackie Chan in Rush Hour 2.