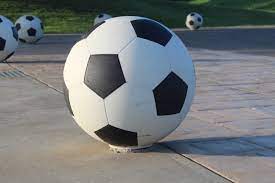 Grueling group play in the Euro 2020 tournament has come to an end and the field of 16 for the knockout stage is now set.

Delayed by one year due to the COVID-19 pandemic and yet still branded Euro 2020 here in 2021, the drama on the pitch has not failed to disappoint. Group play has delivered tension-filled games, with outcomes and seedings being fought over until the last matches on Wednesday.

True to form, there is one upstart team fans are more than willing to throw their support behind.

In 2016, that honor belonged to Gareth Bale and Wales, as Bale led his country to a magical run to the semifinals. A fantastic journey ended there, with a 2-0 loss to eventual champion Portugal.

This summer, one might hope that luck belongs to the plucky team from Denmark.

From the opening minutes of their first game, this team was thrown off kilter. Midfielder Christian Eriksen collapsed on the field from cardiac arrest, sending a shock to teammates, coaches, and fans alike. (Eriksen has since been discharged from the hospital).

Not surprisingly, the shock was still present throughout the remainder of Denmark's game against Finland, with Denmark losing 1-0. They followed that with an emotional and hard-fought battle with Belgium before ultimately losing 2-1.

In game three, Denmark needed something of a miracle to advance. Legs and hearts weary, Denmark displayed fortitude and, once they broke through with their first goal, marched on by adrenaline. The result? A 4-1 victory over Russia, with new hope and spot secured in the knockout stage thanks to a second-place finish in Group B.

Their reward? A date with 2016 darling Wales.

Bale and company finished in second-place in Group A with a record of 1-1-1, scoring three goals and allowing two in their three matches.

Action begins on Saturday 6/26 and continues through 6/29 with two matches per day.

In a difficult Group F consisting of France, Germany, Portugal, and Hungary, the defending champions had to sweat out a third-place showing. With a record of 1-1-1 and scoring seven goals, Portugal proved they still have plenty of offense. Cristiano Ronaldo twice scored in the third match, bringing his Euro 2020 total to five and tying the men's international career goal scoring record in the process.

Portugal will play Belgium, winners of Group B and one of three teams to make it out of group play unscathed.

Italy (Group A) and Netherlands (Group C) were the other two teams. Italy did not concede a goal in their three games while the Netherlands led all teams with eight.

France, runner-up in 2016, won Group F with one win and two draws. They will open round of 16 play by taking on third-place from Group A, Switzerland.

Group play also saw Spain, playing without veteran Sergio Ramos, struggle through the first 225 minutes or so before erupting in the second half of their final game. They ultimately won that game 5-0 and managed to secure second-place in Group E.

Here is the full round of 16 schedule, with predicted winners in bold.