Deep route: A look at the best quarterbacks of the silver screen 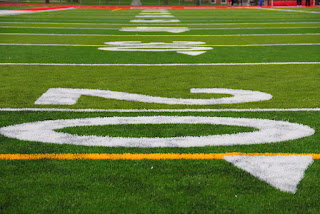 Sports films have long been a staple of the silver screen. Football has often dominated this landscape, with focus often geared towards a star quarterback.

The uttering of those words told off overbearing parents who vicariously lived out their lives through their kids, reverberating in the sports world and beyond.

Inspirational speeches are the foundation of sports films, whether it a high school comedy or a film centered on the NFL, like the one above.

The fabled football film will soon be again gracing the screen with American Underdog: The Kurt Warner Story. And this film, based on the Super Bowl-winning, MVP-having Kurt Warner, will likely have its fair share of inspiration when released in December.

This film gives us Zachary Levi as Warner, whose rise from stock boy to MVP is part of NFL lore. Now, the legacy will be forever etched in history via cinema.

That being said, I figured now was as good a time as any to look at some of the finest, and maybe not so finest, performances as quarterbacks on the silver screen. Television quarterbacks are equally important but left out in this instance as Friday Night Lights could provide a nice dissertation all on its own. Between state champions Matt Saracen (Zach Gilford) and Vince Howard (Michael B. Jordan), stellar but tragically injured Jason Street (Scott Porter), enigmatic Ray "Voodoo" Tatum (Aldis Hodge), and Peter Pan - er, I mean J.D. McCoy (Jeremy Sumpter), there were plenty of good quarterbacks to go around.

Former athletes and the not-so-athletic have portrayed the position of quarterback on film, making the action much more believable. Even when the performer might have been less-than-stellar, editing, camera shots, and more made the action entertaining. Something Robbie Amell could have used in The Duff. Instead, Amell will live on in the foreseeable future in GIF and meme form.

Some of these films, much like Warner's story, were taken from real life events and/or based on real players. Others deftly mix drama, action, and comedy into fine fiction and, like Any Given Sunday, helped pave the way how broadcasts of NFL games are filmed today. All, in some form, bring at least moments of fun, whether intended or not.

This is not an exhaustive list nor is it a list of the all-time best football films. In some cases, football might even be a secondary focus or more about the team rather than the quarterback. Like real action on the field, the quarterback plays a central role, often taking center stage, whether we like it or not.

Football on the silver screen: The high school years

The journey begins in high school, with Varsity Blues and Mox, a backup quarterback who never really expected to play. Not when the worthy Lance Harbor (Paul Walker) has been leading the team for years. Plus, Mox is a guy who simply wants to get out of Texas, spending his time on the field by drawing up trick plays and throwing errant passes at opposing teams' mascots.

A season-ending injury to Harbor thrusts Mox into the spotlight as he attempts to navigate newfound fame and being true to his former self.

Mox wants to get away from Texas, where worship involves God, football, and guns (and not necessarily in that order). The fanaticism of high school football is the basis of Buzz Bissinger's book Friday Night Lights, where it was turned into a film before becoming a critically-acclaimed television series.

The movie, too, had plenty of drama and solid football action, with Lucas Black playing the tortured soul of quarterback Mike Winchell.

The pressures we see placed upon the shoulders of quarterbacks is evident in Johnny Be Good, starring Anthony Michael Hall as star quarterback Johnny Walker. Given Hall's earlier roles in The Breakfast Club and Sixteen Candles, it was somewhat difficult to witness his turn as star athlete. Muscle mass helped and proved worthy of a solid silver screen quarterback.

Remember the Titans takes the based on a true story route and is focused more on team building and race relations. Still, a quarterback controversy does occur when Ronnie "Sunshine" Bass (Kip Pardue) joins the team. Bass, however, only takes over when Jerry "Rev" Harris (Craig Kirkwood) is injured.

Football, too, takes a back seat in School Ties. Though it's the initial jumping off point when David Greene (Brendan Fraser) is offered a scholarship based off his football skills to a prestigious prep school. However, the film is centered more on anti-Semitism and how it affects the teenagers in the film.

Star turns at quarterback begin even earlier, such as Devon Sawa as Junior in Little Giants. The O'Shea Brothers fought over the talented right arm over Sawa, though we all know Becky "Ice Box" O'Shea (Shawna Waldron) was the real talent on the field.

Football on the silver screen: The college years

Two quarterbacks standout as we enter the college years. Views vary on the quality of these two films, but both provide entertainment value nonetheless.

In some ways, these two films can be seen as a before-and-after. The before is 1993's The Program, which very much reminded me of the Florida State teams of the early-90s and Miami Hurricane teams of the late 80s. No doubt violations mounted for the fictional Eastern State University team, given all they went through during the course of the movie, including for Heisman candidate Joe Kane (Craig Sheffer). Kane is haunted by off-the-field issues, including an alcohol problem, that thwarts his Heisman campaign. But when he does play, he shines.

We get to see what might have happened if the Eastern State football team was placed on probation and had all their scholarships stripped in Necessary Roughness. These movies aren't connected but it could easily be a sequel, albeit one with two very different tones.

The Texas State Fightin' Armadillos are in need of a quarterback so who better to do that then washed-up and over-the-hill, but still with college eligibility, 30-year old freshman Paul Blake (Scott Bakula).

Blake might not be the best of fictional quarterbacks but boy could he throw a football at scarecrows.

Football on the silver screen: The professionals

Performances in regards to high school and college quarterbacks can be somewhat forgiven. When it comes to the pro-level, we expect to see some believable pro-style action.

Reeves as Falco in The Replacements lends itself to credibility because he is supposed to be rusty. Plus, he's one of the few left-handed quarterbacks we see, so automatic points are given there.

Any Given Sunday lends us two quarterbacks, the aging Jack "Cap" Rooney (Dennis Quaid) and the young upstart "Steamin" Willie Beamen (Jamie Foxx). Contradicting styles are brought to the forefront but both men display their athleticism on film.

Athleticism is not a problem for Dwayne "The Rock" Johnson as Joe Kingman in The Game Plan. Coming from a football background helps, unless you can't forgive the fact that Johnson played defensive line in college.

Now, Warren Beatty as quarterback can be hard to get behind. But the man can do everything and did so as Joe Pendleton in Heaven Can Wait (which has a plot line that I believe is basically Warner's life. So maybe it was a predictor of the future).

And finally, there are two of the many versions of The Longest Yard. While not focused on a professional league, unless you count the penal league, the films do center around football. Paul Crewe (as played by Burt Reynolds first, then Adam Sandler in the remake) is a former professional player and both men who played him do enjoy their sports. Reynolds even played college football at Florida State before injuries derailed his career.

These are among a handful of performers who have portrayed quarterbacks on the silver screen and did so with aplomb. What were some of your favorites? Was there a performer (or performers) left off this list that you enjoyed? Feel free to sound off in the comments.

And may your feet be swift, your bats be mighty and... wait. Wrong sport, but you know the rest.