Final thoughts for the year of our Lord 2017 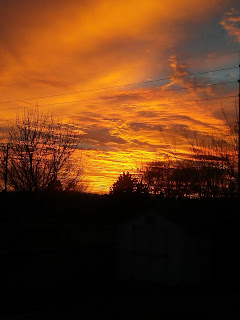 The turmoil and divisiveness in this country dominated 2017, but there were a few moments of beauty mixed in.

It's not too difficult to find an example of how. Ways in which progress of this nation have been set back can be found daily, mostly from the Twitter account of our president.

There's still a lot going on outside of the political realm. It's important to keep focus on what is happening in the world; to keep fighting the changes that are being implemented; to fight for a better life for friends, family, acquaintances, and strangers who might not have the same inherent rights many of us our born with.

Sometimes, though, a little bit of distraction can be helpful to renew the focus. And that's where the arts, books, and even sports come into play.

Honestly, I did not see as many movies, listen to as much music, explore as much art, or read as many books as I'd hoped to in 2017.

I have remedied that in the latter half of the year in order to make up for the early months of feeling listless, tired, and fed up. (Things I'm still feeling. However, I've figured out ways to balance life out.)

Normally, I'd share the following for my monthly newsletter but this is the final blog post of the year. And I skipped December's newsletter so now as good a time as any to post.

I find I don't search out new music as much as I did when I was younger. I tend to stick with what I know, but I did fall in love with the music of Michael Kiwanuka.

Eminem's Revival has also been on heavy play over the past few weeks. The newest album has a nice mix of a more mature Marshall Mathers and the old, sophomoric Em. Both of which I enjoy.

I also listened to the Hamilton soundtrack more than any sane man should. But it's been worth it every single time.

This list is small. I did not see enough new releases in 2017. Most of my movie-watching was catching up on film from previous years. I promise to do better in 2018.

I could have done better at this as well. I like to sometimes numb my mind and not think too much so I watch things like Fuller House or reruns of The Middle. But here are a few recent releases I enjoyed in 2017:

It appears I ventured more into the biography category over the past year. And am currently doing the same heading into 2018, as I'm reading a biography on James Baldwin.

There are too many to list. Here's a small sampling (most can be found on iTunes or Stitcher)

Be bold. Be kind. Resist.

Follow on Twitter: @jasonrh_78
Stay up-to-date with my writing, directing, theater, and film work over at jason-haskins.com
To see more posts like this one or to see what you may have missed, sign up for my newsletter (emailed every 4-6 weeks) by sending an email to jrhask14@gmail.com w/subject line: SUBSCRIBE