The trouble with expanding television shows that had an end point 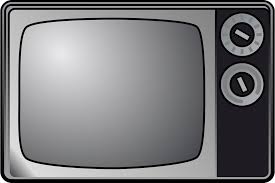 In an ever-growing entertainment landscape, finding the right balance as when to end a show is becoming an increasingly difficult task to master.

There is something to be said about ending a series on a good note. Whether it's after one season or ten, the creator(s) of said series desire to tell as many stories of the world they created. I imagine if I were lucky enough to be put in that position, the choice would be a difficult -- but good -- one to have to make.

It's currently not something I have to worry about but as someone who has spent their life watching television, while also wanting to write in that medium, there is plenty of good entertainment to choose from. Content developed for streaming services, cable, and broadcast television is at an all-time high. It's often difficult to keep up with everything -- something I've given up on trying to do -- and it leaves viewers having to pick and choose what to watch and give dedication to more than ever before.


Arguments can be had about the length of a show's run and whether or not it outlasted its shelf life (See: The Walking Dead, Mad Men or long-running sitcoms like Seinfeld, Friends, or How I Met Your Mother). And even more heated and divisive debates take place over series finales (See: Lost, Game of Thrones, and The Sopranos, for example).

Leaping into a whole other boat is the series devised as a limited series event, usually lasting 6-12 episodes, that are intended to be a self-contained story. Usually in these series', the story is (mostly) summed up in one season, leaving a few dangling threads to be explored by the greater universe of the Internet.

Some, like American Horror Story, appear to be different each season, with a new story set in a new era with new characters. Season 8 tied all the threads together, however, and we found these characters were all in the same universe. True Detective was another like this, loosely tying together events of the third season to the first.

As above-average as the third season was, following up a more-than-okay season two, True Detective might have been a show well-served to be self-contained in one season. The creators behind Sharp Objects are holding firm, so far, to one season, but here are three other shows that easily could have been only one season and still be remembered among the best out there today.

Based off the bestseller by Liane Moriarty, Big Little Lies arrived on the scene in the summer of 2017. Led by an all-star cast, this show brought seven episodes of powerful acting, strong writing centered around a mysterious death, wonderful editing and directing and a great soundtrack, including the theme song.

Wrapped within this one season, multiple storylines were woven together, creating a rich tapestry of questions and eventual answers. Viewers were left with a fitting conclusion, despite the women deciding to cover up their crime. There was vindication in what they had to do and one of the things left to viewers imaginations was how the women would deal with their guilt.

Until a second season was ordered, with another seven episodes to explore the women and families of Monterey. Plus, the addition of Meryl Streep joining Reese Witherspoon, Nicole Kidman, Laura Dern, Shailene Woodley, and Zoë Kravitz.

And the second season has been...fine.

The acting is still spectacular. Dern stole the show this season, with Streep elevating the game to a whole new level. I don't think there has been an episode in which I can't believe the other characters haven't pushed HER down the stairs.

The soundtrack is still solid and the directing has been on point but overall there is something lacking in the story. Maybe it's because we're not trying to solve a mystery as we go along, as in the first season, or the scenes are clipped and short, sometimes bouncing back and forth between characters before we've settled in. While the effect of feeling "jostled" worked well in the first season, it hasn't carried the same weight in season two.

At times, characters and motivations seem underdeveloped, though we've seen more about the lives of Bonnie (Kravitz) and Renata (Dern) this time around, with the focus still on Celeste (Kidman) and Madeline(Witherspoon). Woodley's character Jane, who was more of a focus in season 1, has been more of a hit-and-miss in season 2.

The finale of season 2 is on Sunday night (July 21) so we'll see what happens. I had high hopes for this season but at this point, the luster of season 1 has taken a hit, as this series will now be judged as a whole and the stock has taken a hit. Going to a third season would be a tough sell, especially if the finale of season 2 wraps up the majority of the storylines. (UPDATE: The season 2 finale was perfect, bringing closure for the Monterey 5)

To begin with, I don't believe Stranger Things was ever intended to be a "one-off" season, unless it had turned into a massive failure.

I just think it would have still been considered a fantastic show if it was only one season.

Even now, I wouldn't be too upset if things were left just as they happened with the recently released third season.

Are there answers that need attended to? Yes. Given how things ended, with the season finale "The Battle of Starcourt" that tapped emotional reserves like no other, the imperfect endings for the characters is the perfect ending for viewers.

From the beginning, part of the success of Stranger Things has hinged on a nostalgia for the 1980's. This has been part of the fun of the show, though at times the direct homages get to be too much, especially in season 1. Back then, so much had seemingly been taken directly from sci-fi of the 80's that I believed Eleven was going to actually make the bicycles fly over the barricade, just like the kids from E.T.

Season four seems inevitable and I'm sure I'll be there watching, hoping at the beginning that once again the upcoming season will be the last.

Let's be upfront here, right away. I have not seen season two of this show nor do I have plans to.

The first season was gut-wrenching enough, we got the answers about the characters we needed, and life in that world was fractured but finding ways to move on.

Plus, the focus of the show, suicide, is an issue that must be talked about and the first season did a fine job of that without glamorizing it (despite what people continue to say).

As an adult who has faced not only his own bouts with depression and suicidal thoughts over the course of life, plus in dealing with the loss of friends from that very thing, delving into a second season was not needed. It's not because of the subject matter itself, it's because the storytellers were successful the first time around in telling a compelling story about issues that needed to be addressed.

These three shows are just a few examples of shows that could have ended in one season. Even The Handmaid's Tale could have ended after one season, though there is a certain relevance to today's society that keeps this story moving forward (and Elisabeth Moss continues to knock it out of the park).

A writer myself, I sometimes struggle of how much of the story to tell, whether it's in a continuation of books or wrapping up a stage play. It's no easy feat and even as seasons stretch on for certain shows, I'm still invested enough to see it through until the end, in most cases.

I just think that sometimes a story can be continued on in the viewer's imagination instead driving these characters into a stagnant corner, one in which no amount of good performances and directing can ever get them out of.