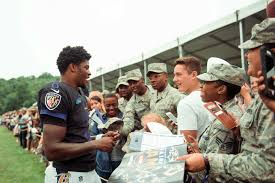 The 2019 NFL season is upon us, meaning we continue this journey of following the progress of the five quarterbacks taken in the first round of the 2018 draft.

It used to be rookie quarterbacks starting right away was a rarity in the NFL. The youngsters needed to learn the playbook first and do so while also adjusting to the speed of the pros. The idea of throwing these rookies, especially those taken in the first round and their accompanying salaries, to the proverbial wolves was out of the question.

In 2018, that idea was tossed aside, for the most part, as the five quarterbacks taken in the first round of April's draft were all starting by season's end.

All had varying degrees of success in their rookie year and most all proved worthy of their first-round selection.

In 2019, taking the next step is expected from all of these quarterbacks. Four of them are still starting for the team that selected them in the draft. The fifth, Josh Rosen, was sent packing from Arizona when the Cardinals had the first pick in the 2019 draft, where they selected Oklahoma Sooners quarterback Kyler Murray.

Rosen was traded to Miami, where he took small part in the 59-10 opening day loss the Dolphins suffered. Murray, meanwhile, led the Cardinals back from a fourth-quarter deficit, a game that ultimately ended up tied, went to overtime and finished that way.

The other four, Lamar Jackson, Baker Mayfield, Josh Allen, and Sam Darnold, are leading teams that have designs on the playoffs in 2019.

Will the sophomore slump take over for Mayfield? Can Allen and Darnold forget the turnover woes they suffered in 2018? Will Jackson return to the playoffs, now that he is the clear number one? Can Rosen get off of the bench and show improvement?

The first game of the season won't provide definitive answers to these questions but we can certainly embrace the good and deride the bad. And on the opening weekend of 2019, we saw a bit of everything from these five quarterbacks.

The number-one game ball this week belongs to Jackson, who had quite possibly the best game of his young career.

Sure, Jackson and the Baltimore Ravens were taking on a Miami Dolphins team that has been dismantled in recent weeks. More on Miami are looking to jump ship, thanks in part to Jackson leading the attack in a 59-10 throttling.

Jackson was nearly perfect on Sunday, connecting on 17 of his 20 pass attempts, throwing for 324 yards and 5 touchdowns. So efficient were the Ravens in the passing game that Jackson only carried the ball three times for six yards.

The Ravens racked up 643 yards of total offense. Jackson connected with rookie receiver Marquise Brown on scores of 47 and 83 yards, the first two catches of Brown's career. Brown finished with 147 receiving yards.

Jackson, who went 6-1 in the regular season as a starter in 2018, had plenty of time in the pocket for much of the day. His touchdown total was only one short of all that he had in 2018.

It's only one game and it was against the lowly Dolphins, but Jackson had a good start in quieting the naysayers regarding his passing game.

Next three games: vs Arizona, at Kansas City, vs Cleveland

Allen holds down the second spot in this week's rankings, but he could have very well been in the fourth spot based off his performance in the first three quarters.

Allen helped lead the Bills back from a 16-0 deficit in defeating the New York Jets 17-16 on Sunday.

His play in the first half was reminiscent of last season's, in which Allen would make some nice plays but compound that with turnovers. In 2018, Allen had 20 turnovers in 11 games.

On Sunday, Allen had two interceptions and two fumbles as the Bills offense stumbled out of the gates. But in the fourth quarter Allen threw for a touchdown pass and ran for another as he again tapped into his potential

Accuracy has been a criticism of Allen's dating back to college and Allen put up a decent game, completing 24 of 37. He passed for 254 yards and was only sacked once while carrying the ball 10 times for 38 yards.

Hopes are high for the Bills as a dark horse entrant into this season's playoff race. The defense certainly lived up to expectations against the Jets, but Allen -- and a running game -- will need to be much better for the Bills to reach those heights.

Next three games: at New York Giants, vs Cincinnati, vs New England

Mayfield's second season started off hot, but by the end there was a sense the Cleveland Browns might have bought into their own hype.

Cleveland and Mayfield imploded in the fourth quarter as the Browns lost to the Tennessee Titans 43-13 to open 2019.

Mayfield was 25-38 for 285 yards and one touchdown. But he also threw three interceptions in the fourth quarter leading to 21 Titan points, including a pick-six by Malcolm Butler.

The game started as the Mayfield show as the quarterback went 4-5 for 64 yards. From that point on, however, Mayfield struggled to hit open receivers and was also sacked five times. The Browns were also done in by penalties, committing 18 on the day.

A little bit of humble pie was eaten by Cleveland on Sunday, but with the talent on this team, the malaise shouldn't last for long, even as a possible 1-3 starts looms on the horizon.

Darnold's day can be summed up as: bland, vanilla, pedestrian.

It was a day in which was 28-41 for 175 yards and 1 touchdown. A nice completion percentage, yes, but 4.5 yards per attempt is not going to get it done. He had zero turnovers -- a huge plus -- but Darnold was sacked four times and had passes batted down at the line or broken up all day long.

In the end, a notch in the loss column is what matters most. Those stats might have been forgiven by Jets fans had the victory over division-rival Bills occurred. Instead, there's a possibility Darnold and the Jets will be 0-4 if the offense doesn't start doing more.

Next three games: vs Cleveland, at New England, at Philadelphia

Rosen, who suffered from a tough rookie season in Arizona, saw things get no better in Sunday's loss to Baltimore.

Ryan Fitzpatrick won the starting job in the preseason for the Dolphins, leaving Rosen as the backup. He did see a bit of action at the end of the rout, completing 1 of 3 passes for five yards and one interceptions.

The situation in Miami could be only getting worse so we'll see if Rosen ends up earning reps as a starter or not.

Next three games: vs New England, at Dallas, vs Los Angeles Chargers

Baker Mayfield Josh Allen Josh Rosen Lamar Jackson Sam Darnold
Jason Haskins
I am a playwright, screenwriter, novelist. My novels "The Dragon Princess" and "The Blue Gem" are both available at the Kindle store on Amazon. To learn more, be sure to visit jason-haskins.com or follow me on Twitter: @jasonrh_78