NBA season set for a restart. Should it be? 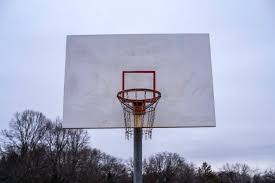 The pain strikes deep -- ball is life, after all -- but I need to say it: The NBA should have gone ahead and canceled the remainder of the 2019-20 season.

Forget a 16-team playoff. Forget giving 22 teams a chance to play regular season games before the playoffs start. Scrap it all, put an asterisk next to the season -- it will get one anyway -- and focus on getting procedures in place to play a full 2020-21 season.

The courts have been devoid of squeaking sneakers, trash talk, blaring horns and raucous fans since March 11, when the COVID-19 pandemic put the season on hold. Nearly three months have passed since that day and 4.5 months will have gone by before games start up again.

That's basically an entire off-season in and of itself.

With a plan on the table to have eight "seeding" games before a standard 16-team playoff, the NBA plans to finish the season starting July 31 and ending by Oct. 12.

Where does that leave the 2020-21 season? This is something I haven't seen much about since the early days of the hiatus, when it was floated the season would start at Christmas. In recent reports, December 1, 2020 is being floated as a possible start date.

If that's the case, the teams in the NBA Finals have to turn around and start camp roughly a month later. And eight teams aren't even getting the chance to continue their season, meaning it will be close to nine months since their last regular season game.

The NBA draft has also been moved back, now slated to be held October 15. According to this article, the NCAA has said that August 3 is now the deadline for players to withdraw their names or stay in the draft. Do these players enroll in school in case they decide to come back? Do the coaches hold their roster spots? Do these players get to work out with their teams over the summer while also prepping for the NBA draft?

Change can be good. If December -- or Christmas -- are start dates of the regular season going forward and solid procedures for college athletes are put in place, then by all means start this new tradition.

I love basketball, both playing and watching. I'll still be right there watching when the season starts up again. At this point, however, I really would have preferred a cancellation of the season while the league fully prepared to give us a full slate of games in 2020-21.

The 2019-20 playoffs were gearing to be some of the most exciting we'd seen in ages. Out west, the Los Angeles Lakers and Los Angeles Clippers were dueling, with star-filled, City of Angels matchup envisioned for the Western Conference Finals.

Of course, the Denver Nuggets, Utah Jazz, Oklahoma City Thunder, and Houston Rockets would have had something to say about. On March 11, only four games separated the 2nd-seed Clippers and the 6th-seed Rockets.

Out East, the Milwaukee Bucks were having a season for the ages with a record of 53-12. The Bucks were running away with things, a mere 14 games separating them and the sixth-seed Philadelphia 76ers.

Now, while you can't necessarily throw all that out the window, you can certainly see different outcomes taking place. Teams have had players who have healed, returning them to full strength. Momentum might not be recaptured. Contained in this short window, anything can happen, more so than we might have seen during the normal course of the playoffs.

A certain rhythm needs to be developed. Players need to get back into game shape. While the month of July will be used for that, I foresee more upsets than a normal season and a different kind of excitement than we were first expecting. And if that is to be the case, perhaps the league could have tried something completely different altogether.

Before the announcement today, there was one thing I might have really got behind the league proposing: A 30-team World Cup style tournament.

July is usually reserved for summer league play and the chance for the newly-drafted (and others) a chance to showcase their skills. Have a tournament with all 30 teams with full rosters and have some fun with it by setting it up World Cup style.

A simple layout of eight groups, with six of the groups having four teams and two groups with three teams. This might be a little lopsided, with the two groups having smaller margin for error to advance, but hey, this is a pure hypothetical situation.

Hand the teams with the eight best records the top seed in each group. From there, draw teams at random. Give each team a warm-up game or two before starting, let the players get their legs underneath them, and start the ball rolling with a round robin. Like the World Cup, each team would play the other in their group, with the top two teams in each group advancing.

From there, it's a 16-team, single elimination tournament. More suspense, more drama, and the need to be perfect every game.

To me, that's a more fitting end to the abbreviated 2019-20 season. Then the timeline of regular NBA activities could have resumed, all 30 teams could have participated, and college players wouldn't have to wait so long to make a decision as to withdraw their name from the draft or not.

As it is, basketball will be back. And though it will be different and something to get used to, in the end, I'll be right there watching.

I just know it won't feel the same.