Finding solace in the memories 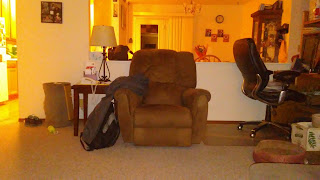 Writing about sports has always been a passion of mine. What happens when that passion is interrupted by things beyond your control?

It has been a little over a year now since my father unexpectedly passed away at the age of 70. This is not young by any means but still early in some regards. Yes, when one's number is called, there is usually no warning. And we all know about grabbing life by the horns, carpe diem, etc., etc., etc. Still, there is a shock to the system when there is hope of having your father around to influence and provide support in your endeavors for at least another ten years.

I am blessed for the 40 years I did have with him, knowing so many people in this world have had less – or none at all – with a father of their own.

In writing about sports – ranging from Boise State football to the Boston Celtics and many topics in-between – my father was an ardent supporter (and serial Facebook liker of all my posts). Not only that, were quick to discuss sports and the sports world every Sunday when we spoke on the phone.

When he passed away, so did part of my fire and desire to put pen to paper or fingers to keyboard. 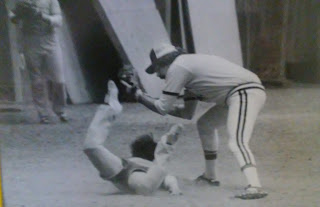 This wasn't something I was initially aware of in the early months following his passing. I was writing less, yes. An adjustment period in dealing with the loss and new responsibilities in life was to be expected. In turn, there were less sports articles written by me and a waning motivation to even be adamant in making sure to watch sports. I stuck with the basics, Boston sports and Boise State athletics, but outside of that I just didn't really have a care to watch and follow other teams within those sports.

By the time renewed interest began to take shape, the pandemic happened and the sports world was put on hold.

Upon re-start over the summer, my interest level never quite returned. The Boston Red Sox weren't very good. The Boston Celtics made a run to the Eastern Conference Finals but I gave up on basketball after they were eliminated. Even when they were still playing, I almost had to force myself to watch games, leading to even more of a general lack of caring.

Introspection took over. My earliest memories of sports took me back to the basketball court; a child who could barely fit his arms around a basketball, trying to dribble with his father a few feet away, coaching his players. For someone who loved sports his entire life – both watching and playing – I was lost.

It turns out that writing about sports is difficult to do when you have trouble even watching games. And it's made even tougher when the person you shared the passion with is no longer around.

I was still writing about sports, but the posts were infrequent. I'd turn on a game, only to find myself easily distracted. There were points that I even had ideas for a new post or article, only to let lack of motivation drag me away. With my dad, I always knew I had at least an audience of one and I even found myself sharing less of the work I did do because that sole audience member was no longer present.

Slowly, however, the last month or so has brought a renewed spirit to my soul.

I'd like to say there was a big epiphany; a moment where lightning flashed in the sky and clarity fell into place. There wasn't, at least that I recall. I even managed to even watch part of the World Series, something I didn't do at all in 2019's classic.

There is a certain gratitude to be said about players even playing in this environment for our entertainment. Notably at the college level. Gratitude can also be given to the memories I have spread out over the 40 years I had with my dad. The shared fields and courts. The viewings of Super Bowls and NBA Championships. A simple game of catch between father and son.

These are a few reasons to enjoy sports again. And to write. To always remember a father who is constantly with you, even if he is no longer a phone call away. 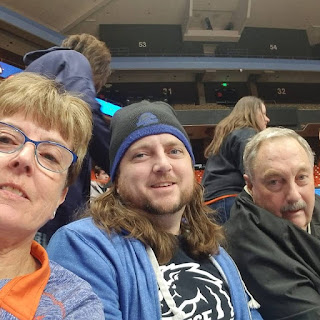