Holiday song tournament: Over the river to the round of 32 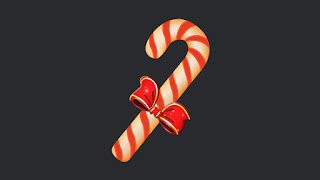 Onto the round of 32 in this tournament of favorite holiday songs as higher seeds fall and upstart versions move on for a chance to reach for the gold.

One of the things about creating a ranking system – whether it’s a college football poll, NCAA tournament, or the scads of “Best of” lists on the internet – is that they’ll never be completely agreed upon.

The same can be said as we head into the round of 32 in this yuletide tournament of favorite holiday songs. Chaos reigned supreme in the round of 64, an effect that began with the domino of Mariah Carey's All I Want for Christmas is You falling in the first round.

Results began orderly enough, with the top eight seeds in the Santa Claus region advancing. Status quo even spilled in to the White Christmas region, where the first to songs to advance were the higher seeds.

Then things unraveled, proving that my rankings were off, I enjoy different songs more than some people, or voters simply respect the underdogs. (Or maybe a combination of all three.)

By the time we reached the Candy Cane region, the lower seeds rued the day, leading to only two of the eight seeds remaining in the region holding a single-digit ranking next to their name.

All part of the fun.

Fun, too, is learning new versions of songs or simply being reminded of forgotten songs from the past. This version of Jingle Bell Rock by Achille Lauro & Annalisa:

I was also reminded of this great version of Up on the House Top by The Jackson 5. While the group already had two songs in the in the tourney – and one remaining in the round of 32 – they may have very well had a third had I remembered it:
Is your favorite holiday song still holding strong in the tournament? Was it there to begin with? Here is the list of the remaining 32 songs and the matchups:

Voting will take place on Twitter (@jasonrh_78) and continue throughout the month until there is only one song remaining. Check back here for more posts as the tournament continues.
Do you have a favorite song that didn't make the tournament? Or lost in an earlier round? Feel free to comment and keep the discussion going.
Photo credit: commons.wikimedia.org
Part 1: The tournament bracket
Part 2: Island of misfit (songs)
Bing Crosby Christmas Christmas films Kelly Clarkson Silent Night