A return to March Madness, one year later 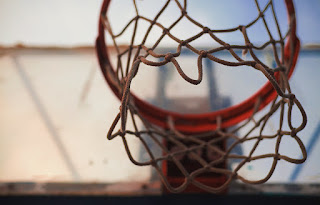 Selection Sunday is on the horizon for the 2021 NCAA men's tournament, with four teams having already punched their ticket to the Big Dance and action across the nation heating up.

A year removed from the world coming to a halt, resulting in the cancelation of sporting events, live performances, and so much more, March Madness is back on the radar. There was no shining moment for college basketball in 2020, but teams are again gearing up to claim the throne as college basketball's top men's team.

The landscape contains a familiarity yet much is different, too. Most teams played their games without fans in attendance, at least until late in the season, while others had varied amounts of fans at home games all year long.

The Ivy League chose to cancel their winter sports season. There were some teams that played nearly 30 games while others barely scraped together 16.

And then we have teams, the dynasty college programs normally fighting for no. 1 seeds this time of year, who have struggled throughout this COVID-19 season. Teams like the Duke Blue Devils (11-11) and Kentucky Wildcats (9-15), both who will need to win their respective conference tournaments to go dancing. Or teams like the Michigan State Spartans (15-11) and North Carolina Tar Heels (16-9), each who might need to win a few conference tourney games to move safely off the bubble. (Though the Tar Heels might be safe either way and the Spartans helped themselves with a victory over Michigan, their third victory over a top-5 team.)

This means new teams will enter the arena, even as stalwarts of recent years continue to thrive, including 2019 champion Virginia.

Changing, too, will be the locale of the 2021 tournament. Instead of games being played across the nation, the entire tournament will take place at various venues in Indianapolis. Game days will look slightly different as well. The First Four games will be played on Thursday March 18, with the opening rounds being played Saturday (3/20) thru Tuesday (3/23) (rather than the Thursday thru Sunday format).

With no Ivy League representative, 31 automatic bids will be awarded. Four teams have already secured their spot and will be joined throughout the next week as the field begins to take shape. Selection Sunday will be on 3/14 at 6 pm (EDT).

Tournament coverage will continue throughout the next month on this blog. For a look at the possible no. 1 seeds, let's send it to Jason, who's reporting from the kitchen.

One team stands out above the rest and that team is the Gonzaga Bulldogs (24-0).

Barring a meltdown in the West Coast Conference tournament, Gonzaga is well on their way to earning the tournament's top seed. The Bulldogs have breezed through the season, winning all but one of their games by double-digits and scoring less than 82 points in a game only twice.

This time of year, focus always seems to turn to Gonzaga playing in a weak conference and not being worthy of all the hype. While the first part is true, the Bulldogs are worthy. They defeated non-conference opponents in West Virginia, Kansas, Iowa, and Virginia, all ranked in the top-25.

Gonzaga in 2021 reminds me of Gonzaga in 2017, when they were also labeled as not worthy despite their excellent record. All that Bulldogs team did was reach the championship game, where they lost to North Carolina.

The Big Ten has proven to be one of the top conferences the last few seasons and this season is no different. That's exactly why teams from this conference will likely earn two no. 1 seeds (and could possibly place seven or eight teams in the NCAA tournament).

The Michigan Wolverines (19-3), Illinois Fighting Illini (20-6), Iowa Hawkeyes (20-7), and Ohio State Buckeyes (18-8) are all currently ranked in the top-10 and all have cases for a no. 1 seed. At the moment, Michigan and Illinois appear to have the inside track, but we all know results this time of year can change things in a flash.

Rounding out the top line is the Baylor Bears (20-1). Baylor's only blemish is a loss to the Kansas Jayhawks. Barring an early exit from the Big-12 tourney, Baylor should retain a no. 1 seed. But the Big 12 is also having another stellar year, with seven teams ranked in the top-25.

Right now, the top overall seed is Gonzaga's to lose. For more out west, we go to Jason, who is standing by live from the living room.

NCAA teams: a glimpse out west

The WCC might only see one other team besides Gonzaga make the NCAA tournament in 2021: the BYU Cougars.

But a resurgence of the PAC-12 should help the west coast hold their own.

A season after the conference struggled and was looking at possibly only placing two teams in the tournament, 2021 has seen better play. The Oregon Ducks (18-5) won the regular season, while the Colorado Buffaloes (20-7) are currently ranked 24th in the Associated Press poll. USC crossed the 20-win threshold, with 21, and it's an entirely possibly five or more teams from this conference end up in the field.

Over in the Mountain West, as little as two teams and as many as four could end up dancing. The San Diego Aztecs (20-4) are a lock, no matter has they fare in the MW tourney. Meanwhile, the Boise State Broncos (18-7), Colorado State Rams (17-5), and Utah State Aggies (18-7) are all vying to get in. Currently, in many projections, the Broncos and Rams are in while the Aggies are among the first four out. As with many of the bubble projections, the situation is fluid and only one of these three could end up alongside the Aztecs in representing the Mountain West.

Mountain West teams, or the representatives from the Big Sky or the WAC, have proven to be upset-minded when it comes to the NCAA tourney. For information on other sneaky good teams, we go to Jason on the back porch.

Predicting upsets are part of the joy of March Madness and there are three teams who have already punched their tickets who can make some noise in the 2021 NCAA tournament.

Out of the Big South, the Winthrop Eagles (23-1) won their second consecutive title and will be making their 11th appearance in the NCAA tournament.

Over in the Ohio Valley Conference, it is another set of Eagles that could make some noise in the tourney. Morehead State (23-7) defeated Belmont to earn their first trip to the NCAA tourney since 2011.

And we don't have to travel too far back in time to witness what the Loyola Chicago Ramblers (24-4). It was in 2018 this program reached the Final Four and this year's roster is deep, experienced, and talented.

These are just a couple of teams to keep an eye on as the tournament unfolds. Be sure to check back over the coming weeks as we go from 68 teams to 1.