Summer movies of 2001: Star power after all these years 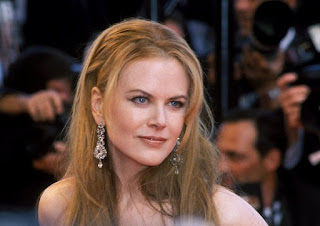 The summer films of 2001 had plenty of star power, including a slew of performers who would later go on to win Academy Awards. This, plus the round of 32 matchups in the box office office tournament.

In many ways, the summer box office of 2001 belonged to Nicole Kidman. Kidman began things off with the pre-summer release of Moulin Rouge, the Baz Luhrmann directed musical that also starred Ewan McGregor, John Leguizamo, Jim Broadbent, and Gary Oldman.

A cool 57 million was made from the domestic box office for this film to go along with a pretty stellar soundtrack and had fans singing throughout the summer.

For a follow-up, Kidman bookended the summer with the supernatural thriller The Others. Released in August, The Others ended its box office run with a domestic take of 96.5 million dollars.

Kidman was by no means a stranger to the film world when the summer of 2001 rolled around. She'd been working since 1983, per IMDB, and was a mainstay after the arrival of Dead Calm in 1989. Both films in '01 proved her box office clout and helped launch her career to another level. There was also an Oscar-nomination for her performance in Moulin Rouge. Though she did not win, Kidman later won in 2003 for her performance as Virginia Woolf in The Hours.

She was not the only performer from the summer films of 2001 that would later go on to a win an Oscar. Some were still fairly new on the scene in that summer, while others had been working for years.

Zellweger added a second Oscar statue when she won in 2020 for her performance as Judy Garland in Judy.

Anne Hathaway was somewhat just getting started with the 2001 hit The Princess Diaries. She, too, has maintained a steady career and won an Academy Award for Best Supporting Actress in 2013 for Les Miserables.

Halle Berry and Reese Witherspoon both also represented the summer box office in 2001 and later went on to win Academy Awards. Berry actually bested Zellweger and Kidman at the 2002 Oscars when she won for her performance in Monster's Ball.

Witherspoon walked away with the Best Actress award in 2006 for her performance in Walk the Line.

Not to be left out, Rachel Weisz (The Constant Gardner, 2006), Heath Ledger (The Dark Knight, 2009), Penélope Cruz (Vicky Cristina Barcelona 2009), and Gary Oldman (Darkest Hour 2018) were among those who also went on to win Oscars.

Twenty years later, many of these performers are still working steadily and producing, directing, and starring in successful and critically-acclaimed projects. Many more from these summer films have nominations of their own over the years and continue to star in quality, and sometimes not-so-quality, work. Some of the films from that summer may not stand the test of time, but their careers certainly have.

Now to see if one of their films will top this tournament. Onto the round of 32 matchups.

Upsets were not the way of the west in this region, with all top-8 films advancing. The top film of the summer, Shrek, is still standing. Animated films were a little light for the 2001 summer and Shrek is the only one to advance in this tournament.

The June region had the most lower-seeds pull off upset victories with a resounding two. Well, three if you count the first-ever tie in this tournament format. The Animal and Baby Boy just couldn't be settled in round one, so they will be placed in a three-way matchup to see which film clinches a spot (fingers crossed) in the Sweet 16.

One little lower seed advanced in this region but it's a mighty film. Hedwig and the Angry Inch could continue to make noise moving forward in one of the more up-in-the-air regions.

Rounding out the field, this region stayed with the theme in which all but one of the higher seeds advanced. Summer Catch was the film to sneak in and that's completely understandable, given it's a Freddie Prinze, Jr - Matthew Lillard joint.

Voting for this round will go through the weekend as we march to crown a champion by the end of May. Follow jasonrh_78 to vote and this blog for more.

Films of the summer box office 2001