Euro 2020: Title up for grabs as quarterfinals approach 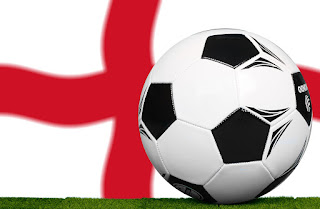 Euro 2020 marches on, with the quarterfinal matchups set after a thrilling last couple of days in round of 16 action.

There will be no repeat champion in Euro 2020 and, thanks to a few more surprises, the field has truly opened up.

Netherlands made another early exit, once again failing to win on the big stage. The defending champion Portugal saw their dreams of back-to-back titles ended. Germany, too, will be watching from home the rest of the way. And the biggest departure belongs to 2018 World Cup winner and Euro 2016 runner-up France, who fell to Switzerland on June 28.

The Swiss were down 3-1 thanks to a flurry of goals by France, coming after a penalty kick save by France goalkeeper Hugo Lloris that could have put Switzerland up 2-0. Instead, France took control and was finally playing with ease.

Then, Haris Seferovic's 2nd goal of the game brought Switzerland within one in the 81st-minute. With the pressure on and only seconds remaining, Mario Gavranović tied the game at three.

After 30 minutes of extra time, no victor had been decided. Turning to penalty kicks, the first nine strikes were sent through. The Swiss were up 5-4 and it came down to France's Kylian Mbappé vs the goalkeeper from Switzerland, Yann Sommer.

Victory was sealed as Switzerland defeated France 5-4 on penalty kicks.

Croatia, too, had an opportunity earlier on Monday to pull off an upset of their own over Spain. The same blueprint had played out, with Croatia down 3-1 before roaring back to force extra time and stave off a few minutes longer their Euro 2020 exit.

Spain, however, scored two goals in less than four-minute span in extra time, holding on for a 5-3 victory. After struggling early in the tournament, Spain delivered their second consecutive game of scoring five goals.

Netherlands, on the other hand, went scoreless in their game after leading group play in goals scored. They failed to record a shot on goal and lost to the Czech Republic 2-0. The loss likely factored into Dutch manager Frank de Boer's decision to resign his post on Tuesday.

Denmark, on the other hand, continued their goal scoring spree as well, knocking four into the back of the net while holding Wales scoreless.

France, Netherlands, Portugal, and Germany were all considered favorites and have all been knocked out of the tournament. But there is still plenty to keep an eye on. Italy and England have moved up the field as favorites, along with Spain and Denmark. Belgium could be in consideration as well, but they will be dealing with the injuries to stars Eden Hazard and Kevin De Bruyne.

Euro 2020 has proven to deliver plenty of surprises, so none of the final eight teams should be counted out. In a tournament that has seen numerous own goals (9) and top teams with lackluster showings, truly anything can happen going forward.

A tough three wins and five losses on predictions from the round of 16 does not bode well for my record. The England-Germany, Croatia-Spain, and Sweden-Ukraine games were toss-ups for me and I tossed wrong. Losses from France and Netherlands, however, were both upsets in my book.

The four quarterfinal matchups, with predicted winners in bold.