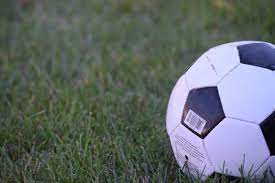 The final four countries have advanced in Euro 2020, with the semifinals slated to begin on July 5.

FIFA's top-ranked team Belgium has been shown the exit by an upstart team from Italy. It is the mighty Three Lions of England, however, that proved to be the most impressive lot in the quarterfinal round of Euro 2020.

Through their first four matches, England had proven to be a team that lacked prowess in the final third of the attack. Scoring only four goals through the quarterfinals, the English had relied on a solid defense and the excellent play of goalkeeper Jordan Pickford.

Pickford and his teammates had delivered four clean sheets in Euro 2020 play and added a fifth against Ukraine in the quarterfinals.

An additional bonus was finally the arrival of the England scoring attack.

Harry Kane, much derided for lackluster play in the Group Stage, scored his second goal of the Knockout Stage, with a stylish shot in the 4th-minute. England kept the pressure on for much of the first-half but some timely saves and deflections by Ukraine kept the score 1-0.

The second-half was a different story as England sealed the game with three goals in the first 15 minutes.

Harry Maguire scored off a set piece the half's opening minute and four minutes later Kane added his second goal of the game. Scoring was finished off with Jordan Henderson scoring his first goal for England, securing a 4-0 victory.

Earlier in the day, Denmark used first-half goals by Thomas Delaney and Kasper Dolberg to take a 2-0 lead over the Czech Republic. Patrick Schick scored for the Czech side early in the second-half to bring the score to within one.

Despite winning the possession battle and and taking 17 shots (five on goal), the Czech Republic couldn't find the equalizer and Denmark advanced with a 2-1 victory.

England and Denmark will square off on Wednesday July 7 at Wembley Stadium, with kickoff slated for 3 p.m. (ET).

On the first day of quarterfinal action, fans were treated to heartbreak and exhilaration in two highly contested matches.

Switzerland nearly pulled off another upset, taking Spain to the brink, only losing when their penalty kick magic from the victory over France was not repeated.

The Swiss fell behind early after an unlucky own goal in the game's 8th-minute. But they continuously battled and Xherdan Shaqiri found the equalizer in the 68th-minute.

Nine minutes later, Switzerland's Remo Freuler was sent off in a very debatable red card, leaving the Swiss a man down. Still, they battled through the end of regulation and extra time, keeping the game knotted at one.

Poor kicks and timely saves by Spain did the Swiss in during the penalty kicks portion, losing 3-1.

In the other match, Italy raced out to a 2-0 lead over a somewhat depleted Belgium squad. Eden Hazard missed the match and while Kevin De Bruyne played the entire match, but was injured and a step slow at times.

Belgium was able to make the score 2-1 on a penalty kick stoppage time goal by Romelu Lukaku just before halftime. Italy was able to hold strong, despite some spirited attempts by the Belgium side, for a 2-1 victory.

Spain and Italy will square off on Tuesday July 6 from Wembley Stadium with kickoff scheduled for 3 p.m. (ET)

After a disappointing 3-5 record on Round of 16 predictions, I made up for it with a perfect quarterfinal round. It's much easier to do with only four games to choose from, but I was inches away from possibly being 1-3 instead of 4-0.

That being said, some interesting matchups here in this semifinal. Spain can't seem to settle on whether they want to be dominant or be a team that sweats things out. Italy has played well, of course, in winning all five matches but they have a young team and will be without standout left-back Leonardo Spinazzola, who tore his Achilles tendon towards the end of the Belgium game.

England and Denmark is even a tougher choice. England will be on their home turf but Denmark seems they may be a team of destiny.

Predictions: Italy over Spain and England over Denmark