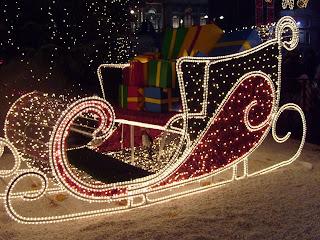 The holidays have their own set of traditions built in for many. Putting up Christmas trees. Lighting the menorah. Drinking a gallon of eggnog each week.
Is that last one only me?
One of my favorite traditions, normally occurring after Thanksgiving and before Christmas, is purchasing the most recent copy of the Idaho Ho Ho compilation (or buying albums that were released prior to collector's quest). Proceeds from album sales helped benefit The Women's & Children's Alliance and each year, there would also be a one-night benefit concert where the album's featured musicians performed live.
Unfortunately, like many events and traditions in the last nine months, the 2020 Idaho Ho Ho was canceled due to COVID-19 precautions.
This doesn't mean, however, that we still can't enjoy the holiday songs of years past produced via these albums.
In 2019, this annual offering celebrated its 10th anniversary. I began collecting these albums back in 2014 and have attempted to purchase the albums annually. Subsequently, I was also able to purchase from the years I missed at local establishments like The Record Exchange and Moxie Java.
The albums are recorded at AudioLab, executive produced by FultonHuff Productions and UnCommon Records, and produced by Steve Fulton.
There are original songs and covers of classic holiday songs, like Shon Sanders singing Winter Wonderland or Dusty Leigh & The Claim Jumpers doing their version of Rockin' Around the Christmas Tree.
Numerous artists and bands have added their talents to these albums of the years, such people like Mickey and the Motorcars, Eilen Jewell, The Frim Fram 4, Peggy Jordan, Afrosonic, and so many, many more.
Much like this tournament, narrowing down favorite songs is a difficult task. Among those that get repeated play in my CD player or on iTunes include: Winter Song (Pure Ivy, 2017), Christmas Eve Eve (David Robert King, 2018), This Year (Leta Harris Neustaedter, 2019),  Hobo Holiday (Steve Fulton, 2014), Every Day Will be Like a Holiday (John Laufenburger, 2014), One for the Angels (J. Todd Dunnigan 2012), and Just the Way it Glows (Sun Blood Stories, 2018).
I ultimately decided against including any of these songs in the favorite holiday song tournament, but I imagine a few might have easily advanced in a round (or three). Advancing to the Sweet 16 may not have happened but they would have held their own.
As it is, trends in this tournament continued to hold strong. The four top seeds in the Santa Claus region all advanced while there was a mix of high and low in the White Christmas region. A battle of Silent Night versions could be shaping up in the Silent Night region while in the Candy Cane region chaos continued to be thy name. The region is powered by a second-seed plus three songs seeded with two digits next to their name.
Without further ado, the Sweet 16 matchups:

Voting will take place on Twitter (@jasonrh_78) and continue throughout the month until there is only one song remaining. Check back here for more posts as the tournament continues.
Do you have a favorite song that didn't make the tournament? Or lost in an earlier round? Feel free to comment and keep the discussion going.
This week's forgotten classic that I was so kindly reminded of is Darlene Love's All Alone on Christmas. While the song is fantastic, it's the video that truly brings the magic:
photo credit: commons.wikimedia.org
Part 1: A favorite holiday song tournament
Part 2: Island of misfit (songs)
Part 3: Over the river (to the round of 32)
AudioLab Christmas Christmas songs Idaho Ho Ho