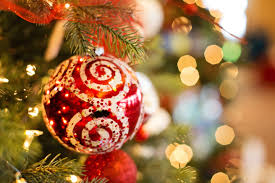 The "12 Days of Christmas" holiday film continues as we've reached our final 16 holiday movies as voted on by you, the reader.

One of the biggest questions floating around the internet these days regarding a holiday movie is this: what exactly constitutes a Christmas film?

The debate has been intensified over the years thanks to the movie Die Hard. Released in 1988 and starring Bruce Willis and Alan Rickman, the film follows John McClane (Willis) as he tries to take out German terrorist Hans Gruber (Rickman).

And it's set around the holidays at an office Christmas party. So, to many, it's very clearly a Christmas action film. Thirty years after its release, 20th Century Fox has entered their say into the debate:

Now, having a film set around the Christmas holiday is a pretty good start as to whether a film is a Christmas film. But how much of the story should actually revolve around the holiday to consider it such?

Take Meet Me in St. Louis for example. Widely regarded as a holiday film -- and usually shown around Christmas multiple times on Turner Classic Movies -- this film spans months. We see only a segment at Christmas so why is it thought of as a holiday film? Well, because of Judy Garland's iconic rendition of Have Yourself a Merry Little Christmas.

Lethal Weapon is another film in the vein of Die Hard. The Mel Gibson and Danny Glover starring action film is set around Christmas. The writer of this film, Shane Black, sets many of his films around the Christmas holiday, including Iron Man 3. Does this mean this Marvel movie is a Christmas film?

Surely a film with Santa in the title is a Christmas film as so does a film dealing with the birth of Christ. And any film on Hallmark shown between November 1 and December 31, with sugar-coated endings, is a holiday film.

The debate may have been taken too far when I saw on Twitter a user implying that Home Alone was not a Christmas film. Now, this film touches on Christmas, Santa, religion, and the traditions, which should make it an easy call as to whether it's a Christmas film or not.

Unless you carry the view it's simply a film about criminals and child abandonment.

I'm not here to settle any debates. Whether you like watching Die Hard, Elf, A Christmas Story, Iron Man 3 or National Lampoon's Christmas Vacation during the holidays (or all of the above), have it. You just keep on living your best life.

On with the results.

The four films/specials still around in this region all bring something different to the table. Jimmy Stewart vs Bing Crosby. A blockhead going head-to-head with a misfit.

All of the top four seeds advanced in this round as well, with two close calls, and one coming down to a final vote to break a tie.

Die Hard found itself in a neck-in-neck battle with Mickey's Christmas Carol, ultimately winning 17-16. A tough loss for Mickey and crew, no doubt, who might very well to throw their support behind National Lampoon's Christmas Vacation in the round of 16.


The rest of the bracket played out with the higher seeds advancing, with the first two Home Alone movies seemingly on a collision course to be the best of the 90's.

Voters went with all the top seeds in this region, with all but one of the matches being routs. Polar Express defeated Jim Carrey's Grinch by a meager four votes.

This region also found people settling into anti-Elf and pro-Elf camps. Though the Will Ferrell starring vehicle easily won its matchup, things could get interesting in the next round of voting.

Voting will continue to take place on both Facebook, and two Twitter accounts (Jason Haskins and Sports 'n' Stuff).

On a more somber note, famed actress, director and producer Penny Marshall passed away earlier this week. Marshall was best known for playing Laverne in Laverne and Shirley but she also directed such films as Big, Awakenings, The Preacher's Wife, and, likely most notably, A League of Their Own.

She will be missed.