Holiday song tournament: Have yourself a merry Elite 8 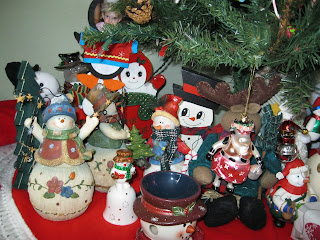 Eight songs remain in the 2020 Holiday Favorite Song tournament. And we take a look at some of best holiday songs from movies and television specials.

Song selection can impact a story in so many ways. A song can elevate a moment, pull at the heartstrings, excite the brain, and set the mood.
One thing lacking in films – including holiday films – in the last ten years is the movie soundtrack. There have been rare exceptions in all genres – Guardians of the Galaxy for example – it is tough to easily call to find movie soundtracks like those of yesteryear.
Holiday music is of course a driving force in television shows, specials, and films, with many iconic soundtracks populating the holiday landscape.
Songs from a movie lead into the story itself. Take Love Actually, for example. Popular artists like Kelly Clarkson and Otis Redding are but a few artists on this soundtrack, which also includes Olivia Olson singing Mariah Carey's All I Want for Christmas is You. It is Billy Mack (Bill Nighy), however, who steals the show with his reluctant cover of Love is All Around titled Christmas is All Around in an attempt to revive his career.
It can also be one song that sticks in the memory, like the opening song "Christmas Vacation" in National Lampoon's Christmas Vacation or the singing of Deck the Halls in A Christmas Story.
And who can forget Judy Garland singing Have Yourself a Merry Little Christmas in Meet Me in St. Louis or the duet of Baby It's Cold Outside performed by Zooey Deschanel and Will Ferrell in Elf.
The list of single holiday songs so closely associated with a holiday special, television show or film could go on forever.
Memories can also be attached to a complete soundtrack or an entire show. Vince Guaraldi and A Charlie Brown Christmas leave viewers humming the tunes for days. Thurl Ravenscroft's version of You're a Mean One, Mr. Grinch is belted out in cars and living rooms across the nation.
To me, one of the most complete soundtracks and scores for a holiday film belongs to Home Alone. And while the ins-and-outs of the movie are often discussed in-depth, it is the music that is sometimes easily forgotten.
Songs like White Christmas by The Drifters and Please Come Home for Christmas by Southside Johnny Lyon are a few songs while Chuck Berry's Run Rudolph Run – the song blaring as the family runs through the airport – according to Wikipedia isn’t even on the official soundtrack.
It is the score by John Williams, however, that truly sets the tone for the film.
That's correct. Academy-Award winner John Williams (who was also nominated for an Oscar for Home Alone and its score). Carol of the Bells and O Holy Night are two that help emphasize scenes plus this one, which was part of this tournament and is a favorite of mine:
Eight songs remain standing in this favorite holiday song tournament and they, too, have been featured or used in films and television shows throughout the years (or had entire specials built around them). Two number-one seeds remain and while the Silent Night region didn't produce a battle of Silent Night versions, the region will give us a Bing Crosby vs Neil Diamond faceoff.
Who will advance to the final four? Can Kelly Clarkson and Leona Lewis continue their improbable runs? Will it be Bing vs Bing in the final? Check out the matchups below as we move one step closer to determining a favorite holiday song.

Voting will take place on Twitter (@jasonrh_78) for the Elite 8 starting on 12/19 followed by the final 4 on 12/20 and the championship on 12/21.
Do you have a favorite song that didn't make the tournament? Or lost in an earlier round? Feel free to comment and keep the discussion going.
*Update (12/20) Final Four matches are:
photo credit: Jason Haskins
Part 1: Favorite holiday song tourney
Part 2: Island of misfit (songs)
Part 3: Over the river (to the round of 32)
Part 4: Dashing into the sweet 16
Charlie Brown Christmas Christmas Home Alone John Williams Kelly Clarkson