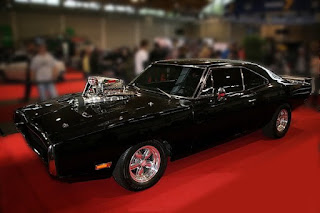 Sixteen films remain the "Summer Box Office of 2001" tournament, many of which were sequels or later had sequels (and franchises) of their own.

Long before the Marvel universe graced audiences with films and television shows on the regular, the 2001 summer box office had its say regarding sequels and world building. Many films were in their franchise infancy, while others were putting the finishing touches on their stories for that era.
Sixteen films have advanced this far, with 11 of them either a sequel, would go on to have a sequel, a reboot or, if you're The Fast and the Furious, the start of an unexpected franchise that's going strong 20 years later.
Sequels, franchises, and remakes had of course been around before 2001. Aside from the horror film genre, and the Land Before Time movies, the world-building films were usually limited to trilogies and the occasional made-for-television offshoots. Three movies in a franchise and the story ended.
Now? As long as the money continues to roll on, films in a franchise continue to be released, whether it's a continuation of stories with the same characters or new players in a the same cinematic world.
The Fast and the Furious is one of these franchises. It was but a simple film that found a summer release in June of 2001. The budget on that first film was 38 million dollars, money that was made back on the opening weekend in route to a domestic box office gross of 144.5 million.
Compare that to the most recent entry in the Fast and Furious universe. Hobbs and Shaw was released in 2019 and was made for an estimated 200 million dollars. At the domestic box office, the film took in nearly 174 million dollars, failing to recoup its budget domestically. (Worldwide, however, the film cleared nearly 760 million.)
While the Fast and Furious franchise is set to release its 10th film, the Planet of the Apes franchise has had nine films and a television series (plus an animated series) since the first film came out in 1968. Tim Burton's version in 2001, starring Mark Wahlberg, turned out to be a one-off in the franchise.
Three films followed in origin story style, beginning in 2011.
Back in 2001, it looked like Jurassic Park III was going to wrap up the trilogy. And Jeepers Creepers was the first of four films in the franchise.
Two films from that summer later became Broadway musicals. Moulin Rouge had no film sequel but the musical Moulin Rouge! was nominated for 14 Tony Awards for the long-delayed 2020 ceremony.
Legally Blonde also saw the Broadway treatment, with the original production premiering in 2007 and receiving seven Tony Award nominations. The 2001 film also got a sequel and a third film is tentatively set for release in 2022.
Even Kevin Smith's world-building went into reboot territory (though the title Jay and Silent Bob: Reboot is more directed to the world inside the world). Jay and Silent Bob Strike Back in 2001 was a feature for the two characters who had inhabited Smith's world since Clerks. A total for the characters that now numbers seven film, with sequels to Mallrats and Clerks/Clerks II on the horizon. And this doesn't even count numerous other projects with the characters, including a cameo in Scream 3.
Now that's what I call world-building.
Onto the round of 16 matchups, where other sequels/franchise entries/etc. such as Rush Hour 2, Bridget Jones's Diary, The Mummy Returns, Lara Croft, and Shrek will vie for your favorite film from the summer box office.

An ogre. Bridget Jones. Spectacular, Spectacular. And Brendan Fraser. Only two will advance to the round of eight.

Fast cars. Sexy Beasts. Early Hugh Jackman. And a video game adaptation. The race to the round of eight is officially on.

Voting in this region found the higher seeds maintaining the edge, with the top-three seeds all making it to the round of 16. The one lower seed to sneak through was no. 13 Hedwig and the Angry Inch.
The matchups:

No double-digit seeds advanced to the round of 16 in this region, but I was somewhat surprised Jeepers Creepers defeated The Princess Diaries. Apparently, one must never underestimate the powers of Justin Long.
The matchups:
Voting in the round of 16 takes place on Twitter via @jasonrh_78. Be sure to follow along there and this blog for more!
picture credit: Wikimedia Commons
Part 1 ~ Films of the Summer Box Office Tournament
Part 2 ~ Films of 2001: Future Academy Award Winners
Bridget Jones Diary Fast and the Furious Legally Blonde Movies Rush Hour 2 Shrek