Showing posts from February, 2016
Show all

Digging into the Past 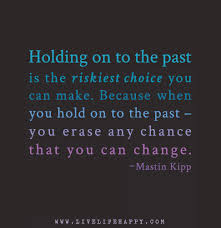 This morning, while searching through various notebooks in hopes of triggering some creativity for a writing prompt, I discovered an old journal of mine. The journal was kept primarily during my four years living in Los Angeles (book-ended by entries of late-college life in Boise and, years later, my return). I spent the next hour reading what filled these pages. There was angst. There was heartbreak. There were thoughts about writing, acting, and the pursuit of a career that lacks stability.
I learned that I have grown, but so much, ten plus years later, remains the same.
To be fair, what I was writing about plagues most of us, at some point. Lost loves and yearning are a major theme during those years. And when I say major theme, I mean it took up about 70% of the pages. Proving again that I was once a person that believed in fate, destiny and the like.
These past experiences with love have certainly shaped the person I am today. One that has not given u…
Post a Comment
Read more

7 Comedy Films to Help You Through Valentine's Day

- February 12, 2016
Valentine’s Day, for those of us that are single and alone, might be a tricky holiday to navigate. There are many people out there that embrace being single. They aren’t tied down to making plans, are free to explore with other single people, and simply enjoy the fact they don’t have to spend money on a significant other. The people falling into this category currently enjoy where they are in life and don’t let Valentine’s Day affect them one way or the other.
Then there are those of us who feel like the one thing they are missing out in life is a significant other. Valentine’s Day helps to reaffirm that belief, with an annual release of a new Nicholas Sparks movie hammering home the fact that true love is out there for everyone.
Falling into a category of feeling alone and perhaps depressed on Valentine’s Day, you decide you will barricade yourself in your apartment or house for the evening.
You’ve bought yourself a box of chocolates and bottle of wine, already knowing full well the ch…
Post a Comment
Read more

Internet Articles and Leaving the Expletives at Home

- February 06, 2016
The following can be added to my canon of "Old Man Ranting" articles. Previous rants have tackled such topics as click bait headlines and people taking the title of "President of the United States" and shortening it to the term POTUS.
Clicking on headlines on the internet can be a hazardous risk. There is so much information out there it can be hard to filter what is going to yield an interesting article and what is going to yield simply a fluff article that is traffic driven because of a click bait headline.
The internet has a great many number of writers that write thoughtful and entertaining posts and articles. To these writers, I applaud you. Thank you for your time and dedication to the craft.
The reason I'm here today, though, is to talk about an alarming trend I've noticed on many websites and the articles they post. It seems, that in order to either A.) feel hip and fresh or B) to make up for lazy writing, articles are being overwrought with expleti…
Post a Comment
Read more
More posts