Showing posts from December, 2016
Show all

The Ends and the Means

Carrie Fisher: A Star Among the Heavens 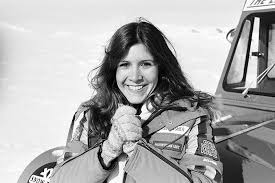 photo courtesy flickr.com
More so than in any other year of recent memory, 2016 has claimed its fair share of celebrities.
Carrie Fisher was so much more than simply a celebrity.
She was so much more than Princess Leia. True, the character was a strong female character; one who was as much as a hero as her male counterparts.
Fisher was an actress, yes. She was also a wonderful, sharp-tongued, witty writer. She was an advocate for mental health and depression. Fisher battled her own demons throughout her life, rising above addiction and pushing through fame to achieve so much more with her life.
Another idol and inspiration taken from the world perhaps too soon. Different people admire her for various reasons. Fisher will not quickly or easily be forgotten, especially to those close to her in life.
She joins quite the collection of people who have passed in 2016. Ali. Rickman. Bowie. Prince. George Michael. Wilder. These names hardly scratch the surface of people--celebrity and otherw…
Post a Comment
Read more 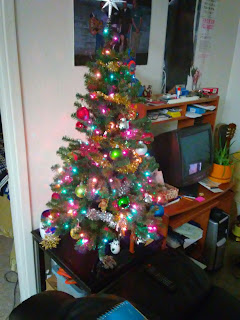 In sitting down to write this year's Christmas letter, I was having trouble figuring out where to begin. Do I begin with the positives? Do I sprinkle in some negatives? Do I run a poll to see what Christmas movie people like better?
The options appear to be limitless.
Instead, I decided to start out with two questions on everyone's mind when they haven't heard from me in awhile: Do you have a girlfriend yet and Do you need more Christmas music on your iPod?
No, not yet, is the answer to the first question. But I'm always accepting applications.
And a resounding yes is the answer to the second question.
I begin listening to Christmas music usually in mid-November. I'd say about ten percent of the songs on my iPod is comprised of Christmas music. Five versions of Silent Night? Done. I have the classics. I have the local music. I have The Muppets and I have Tom Waits singing New Year's Eve.
Do I get tired of it by this time? Not usually. I still tend to break up…
Post a Comment
Read more 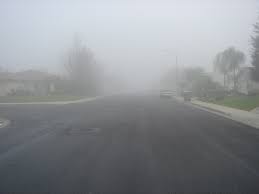 photo courtesy of en.wikipedia.org
The fog rolled in, gently encasing the valley. Growing. Swarming. Leaving nothing to chance, I continued on, my goal to do one thing: make it out of Walmart alive.
It was Saturday, the holiday rush in full throttle. Lord hear my prayers.
Traffic snarled, the growing gray abyss of no help to my cause to get there quick. It was a fool's mission, I know. Plans go awry all the time when Walmart is involved. Why would this time be any different?
Parking can destroy the will of any man during the holiday rush. Preparation is the key. The options are limited. Choosing not sit idly by, like the man with his blinker on for an eternity waiting for a closer spot, I opt to park farther away. My legs will have to carry me to the building, saving my soul for the patience that will be surely tried inside.
The Gods are smiling upon me, as generous cars let me pass in the intersection of the parking lot. I'm halfway there, my eyes scanning the area for driver…
Post a Comment
Read more
More posts