Showing posts from January, 2015
Show all

- January 26, 2015
Tonight I am going to delve into a subject I've never really discussed here before. I've tackled current events, pop culture, sports, and writing over my years on this blog. Tonight, I go forth and discuss the hot topic that's burrowing in everyone's mind: The 2015 WWE Royal Rumble.
*Warning: The following is a 36 year old man's take on a scripted show in which grown men (and women) wrestle for entertainment. Judge away.
I'm not here to dissect all of the matches of this Pay-Per-View event. I'm here to look at the Royal Rumble match itself and the fallout from the result.
At this point, wrestling fans are well aware that Roman Reigns won the Royal Rumble. This victory has guaranteed Reigns a shot at the title at Wrestlemania 31 against Brock Lesnar.
Reigns has been a fan favorite up until recently. Fans still like him, but their enjoyment has waned in recent months. As the WWE is sports entertainment, character development and charisma on the mic are very v…
Post a Comment
Read more 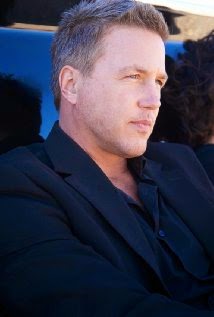 In lieu of today's Oscar nominations, its time to take a look at an under appreciated actor of our time. With a career spanning nearly thirty years, this actor has appeared in both film and television. He has worked with heavyweights such as Will Ferrell, Tom Everett Scott, Anna Farris, Josh Duhamel, and Huey Lewis. This man's name: Lochlyn Munro.

Now, some of you might be staring at this photo thinking, "who the hell is this guy?"  Or maybe you're saying to yourself, "I've seen this guy before but I've never known his name. Thank you Jason."


Munro's career began shortly after an injury derailed his hockey career. Looking for a new outlet, Munro settled on the very stable profession of acting. He soon began working in television, appearing on such shows as 21 Jump Street, Wiseguy, and even an episode of Blossom.
After a decade of steady work, Munro signed onto co-star in a feature film in hopes of transitioning a career in super stardom. In 199…
Post a Comment
Read more

- January 07, 2015
I recently submitted the following piece to a short fiction contest.

Though I did not win or place, I was given special notice for two words that appear in the story.

The Boise Weekly sure got my hopes up when I saw the title of my story in their headline.

Onto the next one. An opportunity at every corner.

For now, a story:

Recently, during the NCAA playoff game between Ohio St. and Alabama, a young woman was caught on camera seemingly doing something wrong. For those of you unaware of what I'm talking about, take a quick look here.

Now, I did not see this initially during the game. I saw it floating around the internet the following day and decided to see what all the fuss was about.

First off, I had no idea what a "sidepiece" was and this word was dominating many of the headlines. After some reading of comments and after watching the video, I was made aware that the word "sidepiece" is referring to the person that is not your boyfriend/girlfriend.

Okay, a few things about this. One, I must be getting old and/or need to visit urban dictionary more. I've heard of "getting a little piece" on the side. It seems society has just turned that around. Makes sense, I guess. Of course, part of me was also looking for a gun of some sorts, as I have hear…
Post a Comment
Read more
More posts