Showing posts from January, 2017
Show all

Turmoil: Boiling Up and Over

- January 30, 2017
A goal to limit time spent on social media is tough, especially when so much happens in one day. Anger builds on anger, false information grows exponentially, and only one side of the story is often being told.
And that's just information coming out of the White House.
It doesn't help when social media shares perpetuate falsehoods and half-truths.
Hoping to get back to regularly scheduled pop culture, sports, and writing posts very soon. It's tough to do in this ever-changing world especially when so much out in the vast sea of the internet is not properly vetted while being shared. (And if I'm guilty of it, please let me know. I am always looking to improve in this thing called life.)
Let's be clear: no matter if it says the words "Muslim" or not, the suspension of refugees is exactly that. Yes, the countries being focused on are countries President Obama had listed as one's extra precaution needed to be placed on. By invoking the term "Christi…
Post a Comment
Read more

- January 29, 2017
"The only thing we have to fear is fear itself."- Franklin Delano Roosevelt
Preying on fear, stirring up a fear and riling up a nationalist mob are all things number 45 has been doing since his early days on the trail. He's creating a fear that isn't truly there, in turn taking the early steps to make the United States an isolated country.
Why stop now?
Keeping focused and keeping organized during this whirlwind of the first week of office was a tough thing. Between executive orders, the attempted discrediting of the media, and putting a hate-spewing, white nationalist on a National Security Council, it's certainly been a doozy of a week.
Once again, progress has been halted in this great nation, making a mockery of what we stand for and leading the United States one step closer to isolation.
If anything, he should realize he doesn't have to put in place all of his policies in the first 30 days of office. He's got at least two years--before hopefully a sw…
Post a Comment
Read more

Fighting Back in these far from Normal Times

- January 23, 2017
There is nothing normal about this presidency. And there most likely never will be.
Perhaps a nation needs to hit rock bottom before building itself up again. And maybe that time is now. Of course, it's already been quite a fall in the three days since the previous administration brought us to fairly great heights.
Or at least heights to a great level.
See, contrary to the nationalistic tone of words delivered last Friday, the 45th president of the United States is not here for the people. He's here for some people, it can be supposed, but he's certainly not here for the people of the United States. More than three million people nationwide marched to prove that, a fraction of the people who believe the egomaniac now in charge is halting progress of this great nation.
Already, money for first-time homeowners has been taken away. Health rights and a universal healthcare program are next. Federal lands--and in turn the environment--soon might very well be free reign for sta…
Post a Comment
Read more

The Unlimited Magic of the World 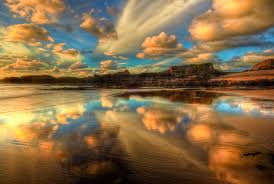 photo courtesy of flickr.com
"There is freedom waiting for you On the breezes of the sky, And you ask,'What if I fall?' Oh, but my darling, What if you fly?" -Erin Hanson
Taking a break from the world of politics and the state of uneasiness crawling around much of America right now can be a tough thing to do. For the sake of an iota of sanity, though, one must step away for a brief respite. There won't be much room for it in the coming years so today is the day.
I'd like to talk about something else. It is something many lose in their lives as they advance in years. Yes, it's all part of getting older, part of finding out and experiencing the harsh realities of the world, but it is something we must strive to keep part of us.
Imagination, magic and a sense of wonderment are qualities that weaken or disappear, yet should always remain lingering in our hearts and souls.
These ideas have always stuck with me, but I was struck even more by it while watching perfor…
Post a Comment
Read more

A Mockery of All That's Been Built

- January 06, 2017
The early days of sending the United States of America back in time have begun. The wheels have been in motion since early November and are slowly starting to come to fruition. It all begins with this:
Hopefully, all supporters, and those who want to MAKE AMERICA GREAT AGAIN, will go to D.C. on January 20th. It will be a GREAT SHOW! — Donald J. Trump (@realDonaldTrump) January 6, 2017 American never lost it's greatness to begin with. As a country, we were actually making progress. We were on our way to becoming a country of compassion, inclusion, productivity, and, as previously stated, progress. The steps you and Congress are taking are putting a big dent in that progress. The divisiveness so many of you solely blame on our current president is, in fact, a blame that partially lies on your shoulders. Instead of spending the last four to eight years stamping out proposed laws, programs, and such with an emphatic 'no', perhaps you could have done more to weigh the options,…
Post a Comment
Read more 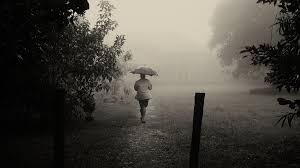 photo courtesy of flickr.com
On occasion, I have found the initiative to enter flash fiction and short fiction contests. It was a driving force behind writing the 101-word Tan Daddy a few years back. And it was the reason, last December, I took it upon myself to try my hand at another 101-word contest.
These have turned into nice little exercises, a way to free write for a few minutes and see what ideas form. I still prefer to write in much longer styles, whether it be full-length plays, feature length screenplays or novels. These pieces of flash fiction, much like ten-minute plays or short film scripts, are a nice way to mix things up as I continue on this journey of writing.
And now, Dream Walk:

He walks, barefoot and full of vigor. The dry grass below his feet irritates but does not pain. In the background, a building is ablaze. Ashes rise, darkening the sky. The woman is now in sight, also steadfast in her approach, stoic and eager.