Showing posts from February, 2018
Show all

2018 Winter Olympics: Bobsledding our way through the week 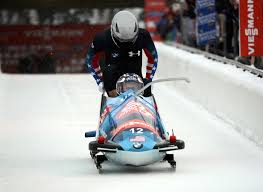 The 2018 Winter Olympics are nearly over and with it, the story of Jamaica and Nigeria having women's bobsled teams.
When's the movie coming out?
The qualifying of these teams reminds many of the inexperienced team with gigantic hearts from Jamaica immortalized in the Disney film Cool Runnings. They, too, came out of nowhere in the 1988 games to capture hearts.
Their story -- as we've learned over time -- isn't quite what we remember it to be from the film.

Interesting tidbits aside, it is still inspiring to see new teams from countries you'd think might not have a team.
The Nigerian team became the first bobsled team from an African nation to compete in the women's event. And though they finished in 20th-place, nearly four seconds behind 19th-place Jamaica, the smiles on their faces said it all.
This is what competing in the Olympics is all about.
Whether it's a bobsled team or Elizabeth Swaney competing for Hungary in the halfpipe, competing at the high…
Post a Comment
Read more

NBA: No need for a new playoff format 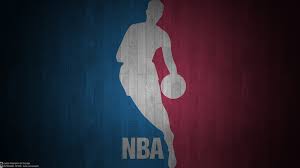 In effort to keep the attention of fans in an ever-changing viewing landscape, sports leagues are in constant search of ways to keep eyes on their respective sport.
The NBA might be throwing their hat in the ring for a change in playoff seeding to do exactly that, if what Adam Silver says is correct.
Talk of seeding the teams 1-16 appears to be heating up. What's up in the air is whether the top-eight teams from each conference will go -- honoring division champions -- and seeded from there or if the playoffs will simply be the top-16 teams.
How about neither and we just stick with the status quo?
The NBA is one of the major sports leagues not losing fans or viewership. In fact, in an age when baseball is losing fans and the NFL is losing viewership, the NBA is holding strong and even gaining momentum in certain areas. Why mess with what's working?
I'm pretty traditional when it comes to sports. I still enjoy them and tend to watch less and less if rules changes and over …
Post a Comment
Read more 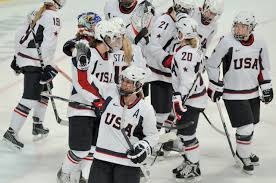 The games of the 2018 Winter Olympics march on. Whether you're a fan of ice hockey, figure skating, snowboarding or just enjoy watching in general, there is no doubt you've found at least one event exciting, suspenseful, or noteworthy.
Over the past few days, thanks to a blowout loss by the men's team to the Olympic Athletes of Russia (OAR) team, the talk has largely focused on what a difference NHL players participating would have meant to the game.
But first, I'd like to talk about the outstanding USA Women's Hockey team.
Since the 1998 games, the USA Women's Hockey team has enjoyed bountiful success in the Winter Olympics. They won gold that year and have followed up by earning a medal in every Olympics since. Though they haven't secured gold, they've accumulated three silvers and a bronze.
Team USA is well on their way to getting back to another final. First, a semifinal matchup with Finland awaits them on Sunday (2/18) night. The American women be…
Post a Comment
Read more 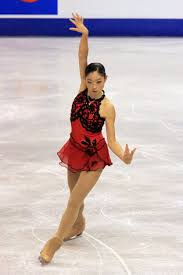 The best of the best -- in varieties of events and competitions -- show up to compete in the Winter Games.
Athletes, coaches, fans, and more hope to achieve (and see) the greatest performances, play the best games, land the best tricks, and deliver the fastest times.
In two events on Sunday evening (United States time zone), one event exceeded promises while another was hampered by a vile acting Mother Nature.
United States figure skater Mirai Nagasu -- left off the team in 2014 -- has already made a name for herself in the 2018 Pyeongchang Games. Part of the bronze-winning American team, Nagasu became the first American woman to land a triple axel in the Olympics.
The impressive feat made Nagasu only the 7th woman to land the jump in competition, a list that notably includes American Tonya Harding. (Part of her claim to fame before, well, you know.)
Nagasu will hope momentum carries her to the individual event later in the games. According to many pundits, American women will have a…
Post a Comment
Read more

The Winter Olympics: Take 2 Curlings and call me in the morning 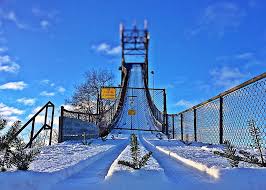 Day 86 of the Winter Olympics has come and gone...
...hold on. I'm hearing from my sources it's only Day 3. I think. The games appeared to have started on Thursday here in the United States, but the Opening Ceremony wasn't until Friday. Or was it? What kind of time warp are we living in?
No matter the case, the every-fourth-year celebration of the world's top (winter athletes) is upon us, live (on tape delay) from beautiful Pyeongchang, South Korea.
The Winter Olympics have always taken a backseat to the summer version for me, as far as interest levels go. More events and -- no being much of an outdoor, winter sports enthusiast -- led to this, but I still enjoyed the Winter Olympics in some regard.
In my youth, I enjoyed going out to ice skate, even owning a pair of hockey skates at one point. (Thanks to the Mighty Ducks). Sledding was another favorite pastime. Both probably led to my love of watching the bobsled races and hockey games.
Outside of the occasional cross…
Post a Comment
Read more

A little side of fun for Super Bowl Sunday 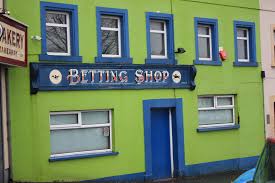 Super Bowl LII is upon on us (or Super Bowl 52 for those no longer practicing the art of roman numerals).
Millions across the world will tune in, gorging themselves on beer, wings, and other exotic food concoctions reserved for this annual event. Traditional games of Puppy Bowls and Kitten Bowls will be watched, while many wonder if the Bud Bowl will ever return?

The Super Bowl continues to be a cultural phenomenon. And a divisive one at that. Societal issues have surrounded the NFL over the past few years, ranging from the effect of concussions to players right to protest to Tom Brady's connections to the Illuminati.
And of course, there is the wild world of betting on the game.
A standard (fun) betting game at Super Bowl parties involves participants picking squares. The corresponding squares in a 10X10 grid give people a chance to pick the final score at the end of each quarter. For example, you might pick a 4 on the horizontal grid and a 4 on the vertical grid. If the score a…
Post a Comment
Read more
More posts