Showing posts from May, 2016
Show all

- May 20, 2016
Looking around at the various construction going on in downtown Boise, I was reminded of this monologue I wrote for 'Voices from the Boise Hole 2' back in 2013. The play, consisting of monologues written by myself and Evan Sesek, with contributions from Aaron Kiefer, takes a look at the ever expanding city that is Boise, Idaho.  This monologue was also written as Boise was getting ready to celebrate its sesquicentennial. (To see another monologue that ultimately wasn't used, you can hop on over here.)

The play was produced by Alley Repertory Theater  in April of 2013 and performed at the Visual Arts Collective in Garden City, Idaho. It was directed by Aaron Kiefer. A kind man named Justin originally performed the role of Ralph. The role was later re-written for the 2015 Treefort Festival in Boise and was performed by Sam Lounsbury.
WARNING: Contains a bit of strong language

(RALPH, clearly drunk, is singing while in the bathroom of the VAC. A toilet flushes and he exits the b…
Post a Comment
Read more

Dr. Dre: A Sampler of his Impact and One Undelivered Album 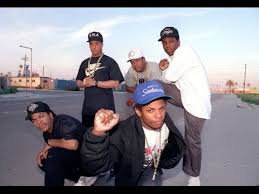 
Detox is on its way. A familiar refrain fans of Dr. Dre have been hearing for years and here we are, in the year 2016, still waiting.

At this point in the game, is it safe to say we may never get this album? Yes, according to this interview with Dr. Dre. Does Dre owe fans the album after years of promises? For all that he has done for music, it is entirely possible that Dr. Dre's career as a solo artist releasing full-length albums might be over.
Growing up in a predominately white community, my extent of rap knowledge in my early music listening years was limited to the Beastie Boys and Vanilla Ice. Two extremes in the rap game, yes, but I was 11 years old. Who I was to know that Vanilla Ice wasn't even close to what true rap music represented? I mean, this guy could bring it, right? He could play that funky music and knew what it was like having a Ro…
Post a Comment
Read more

A Bonanza of Ideas and No Substance 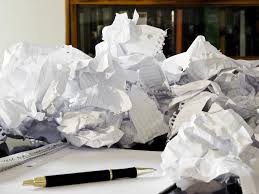 image courtesy of flickr.com
I've been staring at the computer screen for what seems like well over an hour. There hasn't even been any false starts. You know, typing a sentence or two and immediately reaching for the delete button. At least when that happens, I know the brain is working.
There has been none of that.
That was preceded by an hour of chewing on the end of a pen. Nothing to report, except that pen is now sitting at the bottom of a trash can. Did the pen fail me? Or did I fail the pen?
Even the bouncing of my trusty tennis ball yielded no results.
Tick, tick, tick. Time evaporates into the mist, never to be recaptured. Everything is in the past. Even the sentence I just typed. Past. Past again. Past even more. Time does not stop.
Stop.
Free writing has not helped. This is the second time I've tried this exercise in the past two days, hoping to jar something lose. It feels like there is a blockage in my brain, a giant cement slab damming the creative thoughts …
Post a Comment
Read more
More posts