Showing posts from October, 2018
Show all

NFL: Progress of the first-round quarterbacks (thru week 8) 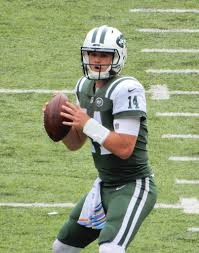 This weekend marked the eighth week of action in the NFL. It's time to check-in on all of the quarterbacks selected in the first round of the 2018 NFL draft. Throughout the history of the NFL, there has been a long debate on how soon -- and how ready -- rookie quarterbacks should make their debut. Even for the most talented of passers, with the rare exception, the prevailing thought has been to have the rookies sit a year or two while learning the ins and outs of the pro game.
This year has been different, with four of the five quarterbacks selected in the 2018 NFL draft already earning multiple starts for their respective teams. And the fifth, Lamar Jackson of the Baltimore Ravens, has seen game action in certain packages.
Patrick Mahomes of the Kansas City Chiefs is a good example of having a quarterback sit a year before starting. Mahomes has thrown for 300 yards or more in seven games and four or more touchdowns in four straight games. In the process, Mahomes has led the Chie…
Post a Comment
Read more

Dying breeds: The role of the true starting pitcher 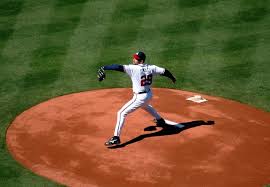 "Baseball really is a glorified game of throw and catch. And if you don't have guys who throw it really well, you can't compete for long." - Tucker Elliot The complete game by a starting pitcher will be extinct in five years.
It's a stat that has been clinging to life for many years now and, in 2018, had vital signs that barely registered on the baseball monitor. Pray for its well-being.
The complete game led a robust life, thriving in the dead ball era, holding solid through decades until the 1980's, and even enjoyed a few surprise performances into the early aughts.
Leaving behind a cadre of greats, the complete game is topped by the king, Cy Young. Back in the day when starting pitchers would throw nine innings, hit the bar all night, and get up and do it again the next morning, Young finished his career with 749 complete games.
Strategy, technological advances, and care for the welfare of pitchers advanced, in turn leading to the infrequency of the comple…
Post a Comment
Read more 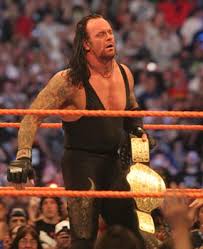 The WWE heads to Australia for a super-show, with current and former superstars headlining this showdown. Super. How would you like your lasting in-ring image and impression of your favorite WWE superstar to live on in your memory?
Is it their dominance during their heyday? Nailing their finisher? Chugging beers?
For many, especially in the wide, wide world of wrestling, the image is one of the wrestler going out on top in a final, epic match for the ages. Or perhaps it's their favorite wrestler receiving one final ovation -- even if they lost the match -- from an arena of caring fans.
Ideal scenarios, for sure, but most of us are well aware that's usually not the case when it comes to the business of the WWE.
On the business side of things, the WWE wants to make money and capitalize on a wrestler's popularity. And with this huge event in Australia, by using favorites from the Attitude Era The Undertaker, Triple H, Shawn Michaels, and Kane, that's exactly what the WWE…
Post a Comment
Read more
More posts