Showing posts from January, 2016
Show all

The Cluttered Mind and Life of a Writer 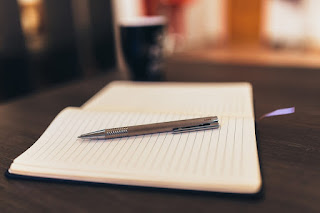 photo courtesy of pixabay.com
Over the years, I've often wished I could rid myself of the clutter that fills my mind. I could use that new found space to help focus on one thing instead of one hundred. If I could direct all of that clutter and focus it on one item, I'd accomplish a lot more.
Perhaps I could learn to perform basic maintenance on my own car. Maybe I could build a wine cellar. I could finally repair the flat tire on my bicycle. Most importantly, I could find the focus to finish one play or one story before jumping into the next one.
Stories have been started, stopped, and recaptured over the years. Ten pages turn into twenty, then forward momentum comes to a screeching halt. I'm off to another project, leaving behind a manuscript to collect dust for months on end.
Years of notebooks have been filled with ideas, lines of conversation and Venn diagrams. Many sit idle as they line the bookshelves in my apartment. Boxes I haven't looked through in years hold …
Post a Comment
Read more

- January 14, 2016
I often post here my thoughts and such.
Sometimes, though, I take them elsewhere.
I still may get another blog post out this week, but my creative energy will probably be put to other uses this coming weekend.
Today, it has been drained. Alan Rickman passed away today. Sixty-nine years young. Reflecting on his career (for this is the one way I knew him, through his art), I realized I looked up to him as an artist in more ways than I realized. And his performances always captivated me, whether it was in Robin Hood: Prince of Thieves or Dogma.
His work as Snape in the Harry Potter films was hauntingly beautiful, bringing a character that was already strong on page to vivid life on the screen.
Rickman will be missed.
As for now, I look for a bit of solitude.
"If only LIFE could be a little more tender and ART a little more robust."- Alan Rickman

The NFL and Los Angeles: A (mis)match Made in Heaven 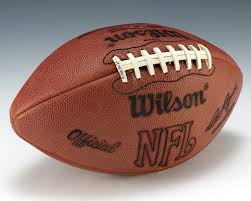 photo courtesy of wikipedia
Any day now, fans of the San Diego Chargers, St. Louis Rams and Oakland Raiders will learn which of their teams will be making the move to Los Angeles for the 2016 season and beyond. Chances are two of them will be making the move, setting the stage for the return of pro football to the city of Angels.
This has been a culmination of a two-decade long process in which the NFL and, in recent years Roger Goodell, have been (not so gently) nudging owners to bring a team back to Los Angeles.
It appears the NFL will get their wish by approving not one but two teams for a return to Los Angeles. A move that no doubt will be celebrated. Owners and Goodell should proceed with caution, though. After all, are football fans and the city of Los Angeles truly clamoring to bring back franchises that left the city high and dry once before?
The NFL has had its opportunity in Los Angeles in the past. The result? All three of these teams ended up leaving for greener pastures …
Post a Comment
Read more
More posts