Showing posts from July, 2018
Show all

Summer movies of 1998: The glory of Jay Mohr

The great "Summer Movies of 1998" tournament marches on, with voting going on for the round of 32 to see what films advance to the round of 16. Twenty years ago, in the summer of 1998, the box office was led by such films as Hope Floats, Bulworth, Blade, and Armageddon. Star attractions like Sandra Bullock, Warren Beatty, Wesley Snipes, and Bruce Willis headlined these movies to much fanfare.
There is one man out there who some may argue was not at the same level as the aforementioned. A man who took part in two movies that glorious summer (and four altogether in 1998).
You might remember Jay Mohr from his days on Saturday Night Live, notably appearing in sketches impersonating Christopher Walken.
Or you might remember Mohr from his turn as Bob Sugar in the film Jerry Maguire. Here, Mohr played an agent tasked with the responsibility of firing Jerry Maguire (Tom Cruise) and later stole prized draft prospect Frank Cushman (Jerry O'Connell) right out from under Maguire…
Post a Comment
Read more

Summer movies of 1998: A nod to the VHS cassette 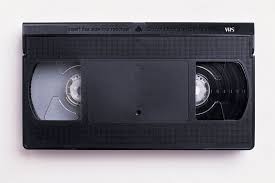 The "Summer Movies of 1998" bracket marches on, taking only a brief pit stop to harken back to the days of the VHS cassette. One would be remiss to hold a tournament of the great summer movies from 1998 and not mention the glory that was the VHS tape.
Various instances throughout my youth had me attached to certain cassettes owned by my family. Star Wars was likely the most played -- and easily memorized -- among the bunch, followed by such hits as Airplane! and, later, the first Teenage Mutant Ninja Turtles movie. (Of which I watched recently, surprised to learn I still knew much of the dialogue).
Throw in a tapes that included the Gobots and various other cartoons along side recorded NCAA national title games and my youth was set.
Later on, in the summer of 1998 and 1999 and my sports 'career' finished, a love for movies re-entered my life. I spent hours with the VCR I had purchased with my first tax return a few years prior. A VCR that remains in my possession to…
Post a Comment
Read more

Summer movies of 1998: Almost Heroes takes May by storm 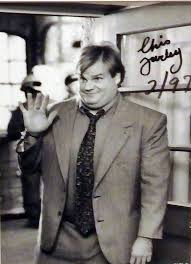 Almost Heroes may have flopped upon its release, but it held strong as the underdog in round one of the "Summer Movies of 1998" bracket. Cult status for a film is often achieved years after its release and was, more often than not, not an immediate success at the box office. Notable films from 1998, like The Big Lebowski and Rushmore have their devout fans, propelling both films into something more than a cult following.
Is it possible Almost Heroes has reached the point of beloved cult status? Likely not, though the film advanced to the round of 32 in the May region with a victory over 6th-seeded Quest for Camelot.
Twenty years have gone by since the release of the Christopher Guest directed Almost Heroes. The film stars Matthew Perry and Chris Farley and also was the last film starring Farley in a leading role. The comedic heavyweight passed away in 1997 at the age of 33.
For the uninitiated, Almost Heroes tells the story of two intrepid explorers, Edwards (Perry) and Hunt…
Post a Comment
Read more 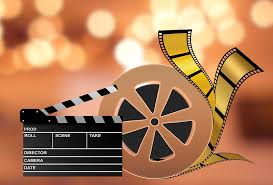 Twenty years ago, the summer months at the cinema were spent watching Harry Stamper try to save the world and a group of soldiers saving a private in World War 2. Were these the best movies in the summer of 1998? The 1990's were an innovative decade when it came to the film industry. Advancements in technology helped bring to life such creations as Jurassic Park, the world of Pixar, and a little movie released in 1997 called Titanic.
1997 was a special year in movies, but the following year was no slouch itself.
Movies that gained cult status -- like The Big Lebowski and Rushmore -- were released that year, as was eventual Academy Award winner Shakespeare in Love.


The great Robin Williams gave us What Dreams May Come and Patch Adams. Adam Sandler released two of his better films, The Wedding Singer and Waterboy. And who can forget breakout star Chris Tucker being teamed with Jackie Chan for Rush Hour.
Let's not forget about movies starring Jerry Springer, Carrot Top, and the …
Post a Comment
Read more 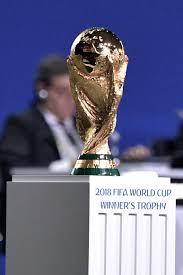 A month-long march towards soccer glory (or futbol, for those so inclined) culminates on Sunday when France will take on Croatia for the crown. Middle of the week World Cup soccer matches can really be a hazard for those of us following along from the office. There you are, doing your work on one screen while watching the action on your other screen. Or you might be listening along while at your desk, the soothing cadence of the British announcer keeping you apprised of the action.
Then, all of five minutes into the match, England's Kieran Trippier scores off of a free kick, giving The Three Lions an early 1-0. You let out scream of joy, momentarily forgetting you're surrounded by mates who don't necessarily appreciate your love of soccer. Or like being spooked by loud noises for that matter.
Easily substitute your favorite team and this may have played out over the last month, in situations both good and bad.
Ultimately, the above moment was the highlight of the match fo…
Post a Comment
Read more 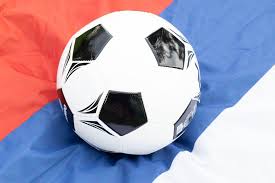 There was a bit less drama in the quarterfinals of the 2018 World Cup than in previous rounds, but the four games still delivered plenty of action. Team penalty kicks -- especially those taken on soccer's grandest stage -- arrive with an innate sense of pressure.  Many of the best players in the game have succumbed to the wily ways of this torturous dance. Others have done what is expected, displaying a calm, cool, and collected wit about them to step right up, knock the ball into the back of the net, and move on.
Failures can sometimes be easily classified as a bad case of overthinking. Outwitting the opposing team's goalie is part of converting, of course, but often times overthinking is detrimental. The result: shots skyrocketing to the left, to the right, and up, up, and away (and not on a beautiful balloon).
I've been on both sides of the ball in those situations (albeit under quite less strenuous circumstances) and I still can't believe there aren't more goa…
Post a Comment
Read more 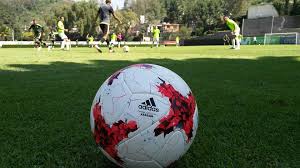 Years ago, long before I was spectator of the World Cup, before I wheezed my way through indoor soccer matches, and even before a one-year term my junior year on the high school soccer team, I took part in another type of soccer world cup.
Aside from my junior year of high school, soccer was a sport I initially played up through the eighth grade. Autumns were spent on the pitch -- as the refined fan likes to say -- as a start to a rotation involving basketball and then baseball.
Summers were spent either on the road to visit family in the far away land of California or in a variety of sports camps, including for a couple of summers participating in a soccer camp.
The instructors of the Britannia soccer camp arrived from overseas, mostly from the UK. These camps were like most other sports camps, with a mix of instruction, drills and games taking up our hours on the grass field.
One of these soccer camp games was called "world cup". Sitting here today, I can't remember f…
Post a Comment
Read more
More posts