Showing posts from November, 2014
Show all

- November 25, 2014
Don't judge a book by its cover.
Thug (n): A violent person, especially a criminal.
That word was tossed around last night like common speak. Directed at African Americans that were protesting the decision not to indict Officer Darren Wilson. Yes, there was looting and violence. To label an entire race as thugs is senseless.
Besides, I don't hear people using the word 'thug' when describing criminals of Caucasian descent. In fact, the only time in recent memory I've heard it to describe white people is by announcers from the WWE. "They are acting like a couple of thugs out there". Yes, he was describing Caucasian wrestlers.
Don't judge a book by its cover.
A media that frenzies a nation by showing the negative.  What about the 90% of protestors that did so peacefully?  Show us that.
Don't judge a book by its cover.
Officers of the law are out defending our freedoms every day. An officer of the law has a right to defend himself or herself. That I …
Post a Comment
Read more 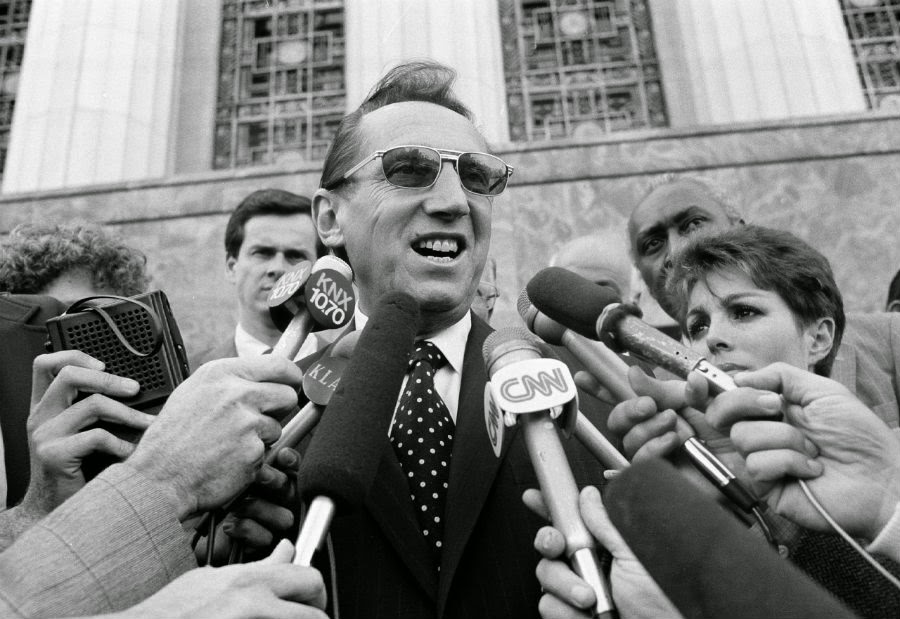 With another loss on the books, a 13-6 loss to the San Diego Chargers, the Oakland Raiders have dropped to 0-10 on the season.  The Raiders are hoping to avoid joining the 2008 Detroit Lions as the only NFL team to lose all 16 games in a season.  Do the Lions drink champagne if the Raiders win? Do the Raiders ever win a game again? Does the team move to San Antonio? What ever happened to Willie Gault?

I ask all of these pertinent questions and more in my Wednesday conversation with the ghost of Al Davis.

ME: Hi.
Ghost Of Al Davis: Good morning, son.  Hell of a day, isn't it?
ME: Uh, sure. Unless you're a fan of the Raiders.
G.O.A.D.: Good thing I'm not a fan, then. Right?
ME: You were an owner of the team for 39 years and part of the organization for 50.
G.O.A.D: Yeah. And I won 3 Super Bowls, an AFL Championship, had numerous playoff appearances, and hired the NFL's first African American head coach.  That doesn't mean I'm a fan.
ME: O-K... Let me…
Post a Comment
Read more

Today was one of those days.

After getting up before 8 am pretty consistently for the past two months, for some reason today my body said no more.  I slept until almost ten.

That threw a wrench in my day.  A slight one, anyhow.  I decided to skip the running and save it for tomorrow.  It's supposed to snow, which doesn't bother me.  Snow and I get along, especially in running weather.

For those of you that don't know,I still hand write the majority of my projects first. Then the typing comes.

I wrote an article for Bronco Nation News that will appear Thursday or Friday.  That was just over 1000 words.  I am working on a novel for National Novel Writing Month.  No, it's not this one: NaNoWriMo 2009 (starts with chapter 1.  Other chapters at …
Post a Comment
Read more

The day had started out normal enough.  Druid Nikkon was on a return trip from the Druid Council in Stolar. In recent years, the Elf Druid split his time between Stolar and his native land of Crieo.  At first, Nikkon spent time counseling the Elves on the rebuilding of their great city after the destruction by the Demons. He would then travel to Stolar and provide Stelart with the tutelage needed to advance his Druid studies. It was here in which he spent the majority of his time after the war.  Now, with Stelart's rise to head of the Druids, Nikkon's time was not needed as much in Stolar.  Nikkon still provided council to Stelart and the Druid Belark, but he had spent much time in Crieo on the …
Post a Comment
Read more

- November 05, 2014
This is a monologue I wrote for Voices from the Boise Hole 2.  Due to the length of the show, this monologue was ultimately cut.  It's a little dated, as it was written in March of 2013, but still relevant.  I present it today, in lieu of the events of November 4th. (*Warning.  Bit of cursing ahead)